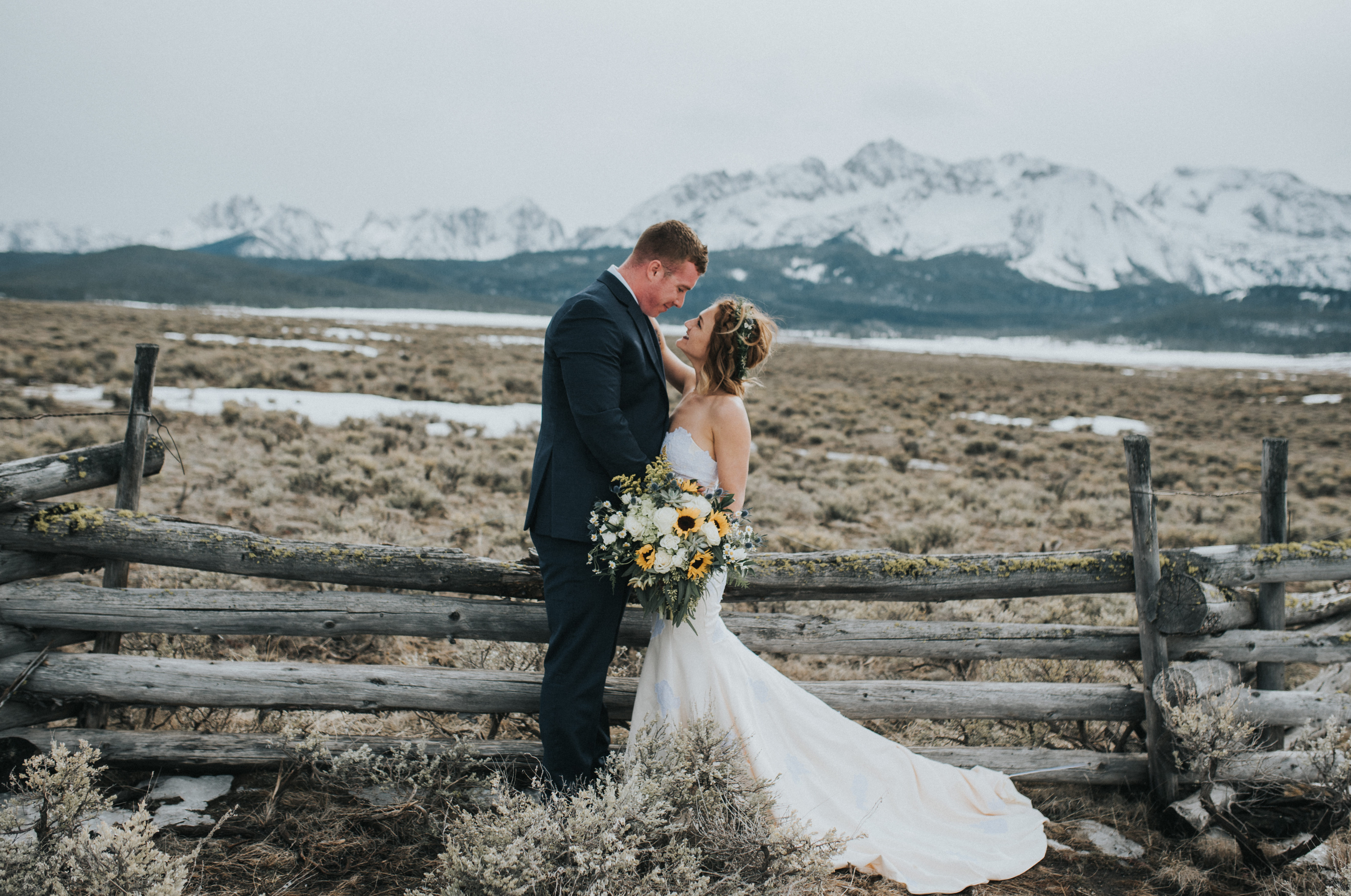 Lindsey emailed me in early March and told me she was eloping in less than a month. I got excited instantly when she said her and her fiance, Ethan, had never been to the Sawtooths and found me on IG and said they knew I was the Sawtooth Queen and had to have me. Just kidding. Sort of 😉 But really, all it took was a few texts and we were on our way to planning their dream Stanley Idaho elopement.

I love how popular eloping in Idaho is becoming. I remember shooting my first one almost two years ago and since then, I’ve been lucky enough to shoot over THIRTY elopements in the Boise area! It’s becoming more and more common for people to TRULY elope in the sense of the word, too. Lindsey and Ethan only told their mom what they were up to. None of their family and friends knew what they were really doing for a weekend in the Sawtooths. It was a blast to be a part of their crazy, adventurous elopement.

I met Lindsey in the parking lot of Stanley’s gas station around noon on a mid-April day. The funny thing about the Sawtooths that makes them both amazing and scary to work in is how unpredictable the weather it is. I’ve worked as late as mid-June in the snow in the Sawooths, but had 75 degree days in April, too. It’s never the same. On the morning that we met, there was fresh snow in the mountains but the ground was patchy. Lindsey and Ethan had seen some of my photos in a secret location in the Sawooths and wanted me to take them there, so I told them we’d try our best if the roads cooperated. However, the craziest thing happened. A sign showing that the road was closed had blown over in the wind and within a mile of driving down the dirt road… our car got stuck in a huge snow drift. For four hours we waited to be rescued. Thankfully, the sun kept us warm- but seriously, if you’re thinking about eloping in the Sawtooths, make sure you know what you’re doing. I’ve been going to the Sawtooths every year of my life for 26 years and even I learned something new that day.

After getting rescued, Lindsey and Ethan shook off the bad luck of our morning and were determined to still have a great day. We went to a wide open meadow overlooking the Sawtooths and they said their vows quietly and slowly to one another. They truly took it in and I had forgotten about the bad luck we’d had, too, in that moment because all that mattered was that we were here standing in the Sawtooths.

After their ceremony, I ate pizza and got a beer in town while we waited for sunset. We didn’t really get much of a sunset, but the waterfalls and rivers were just as gorgeous 😉

Thank you so much for letting me witness your elopement and being your only “guest”! 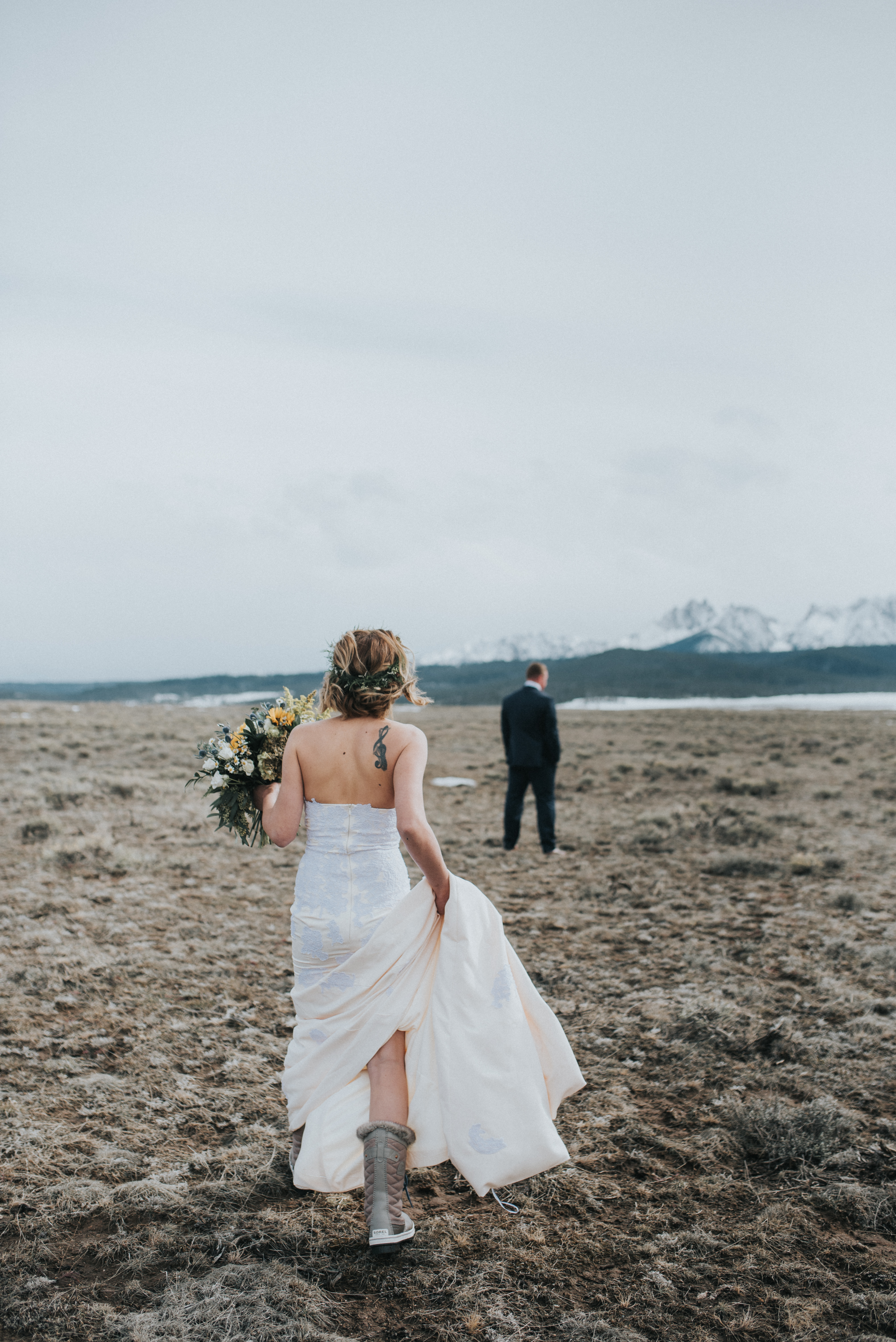 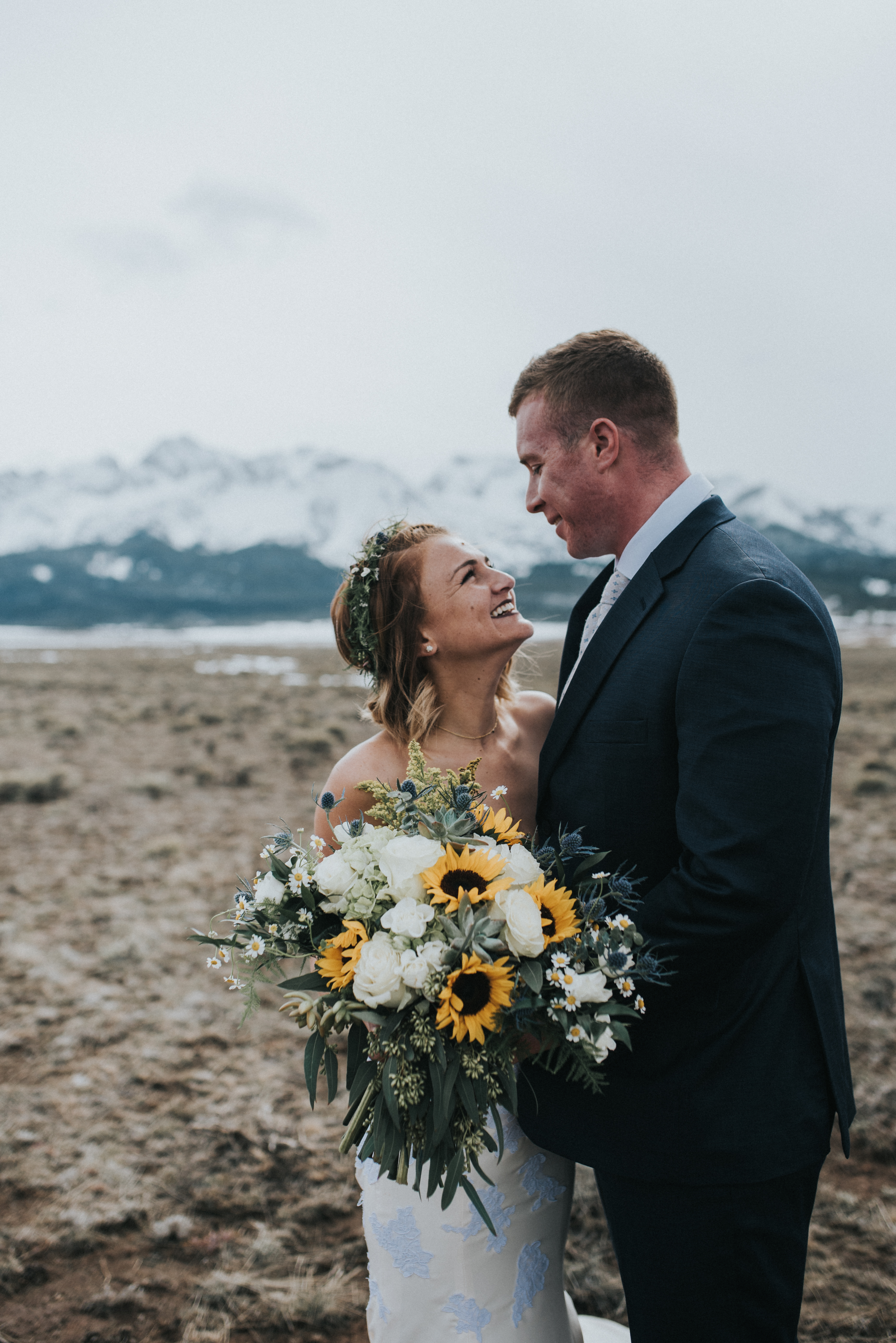 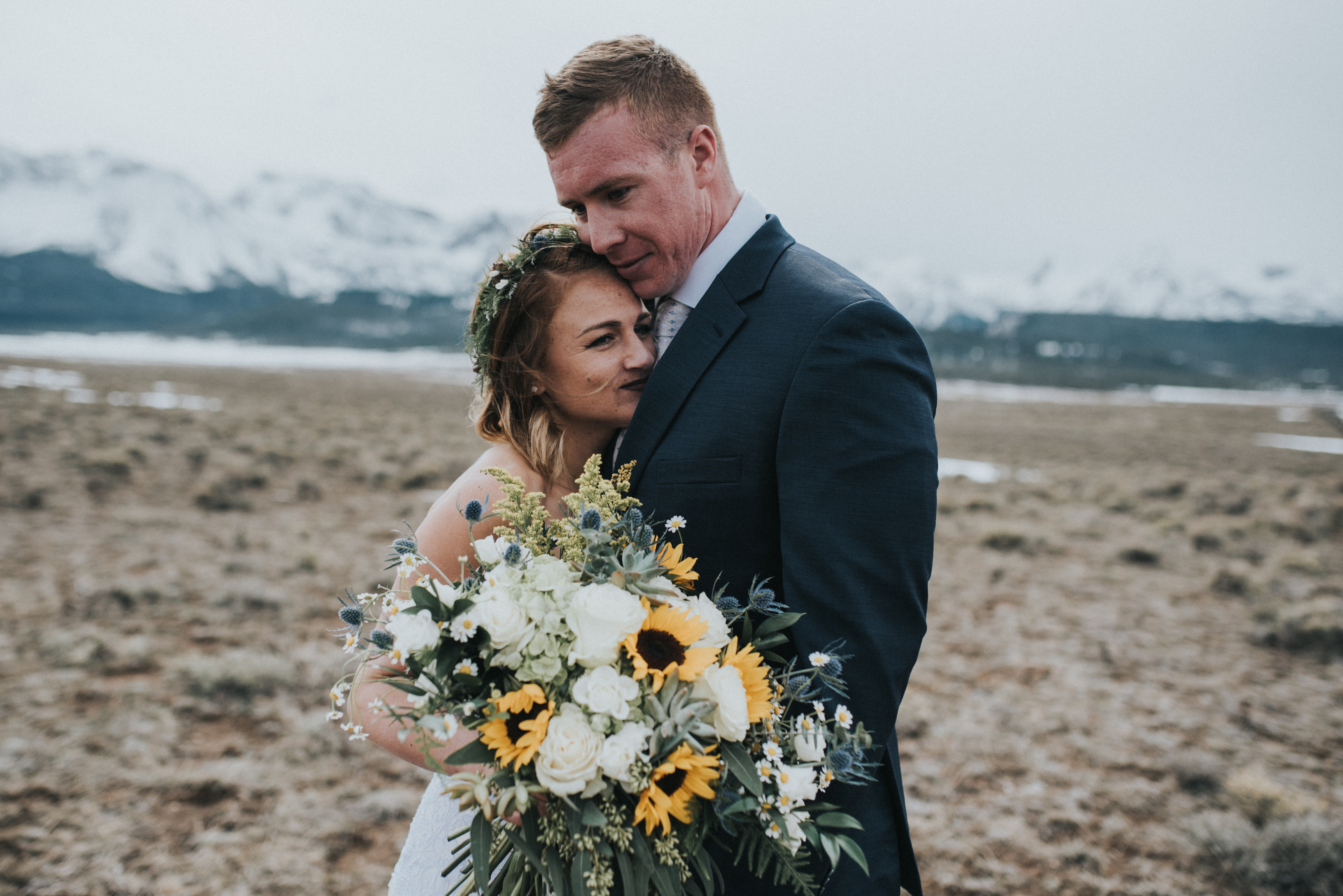 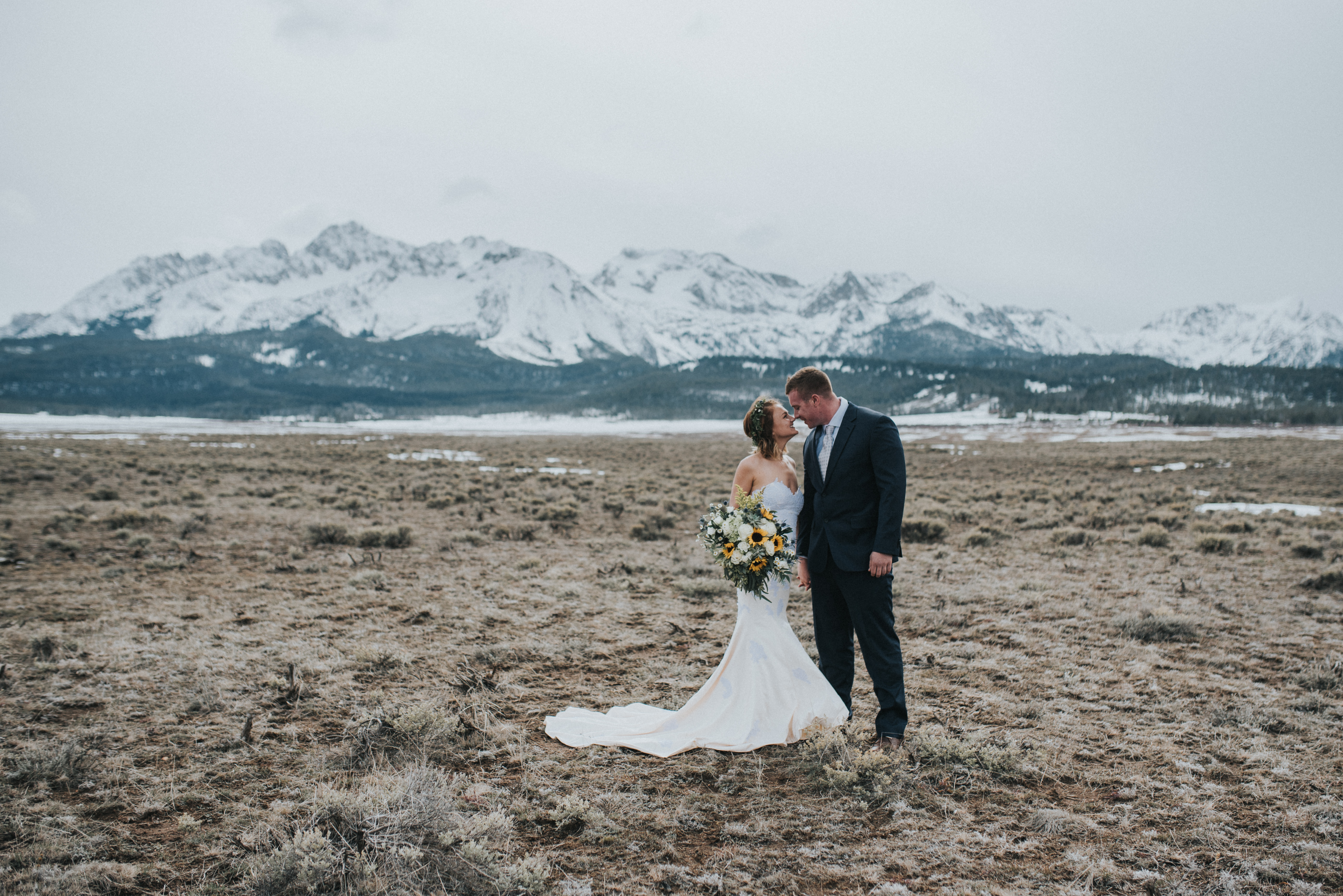 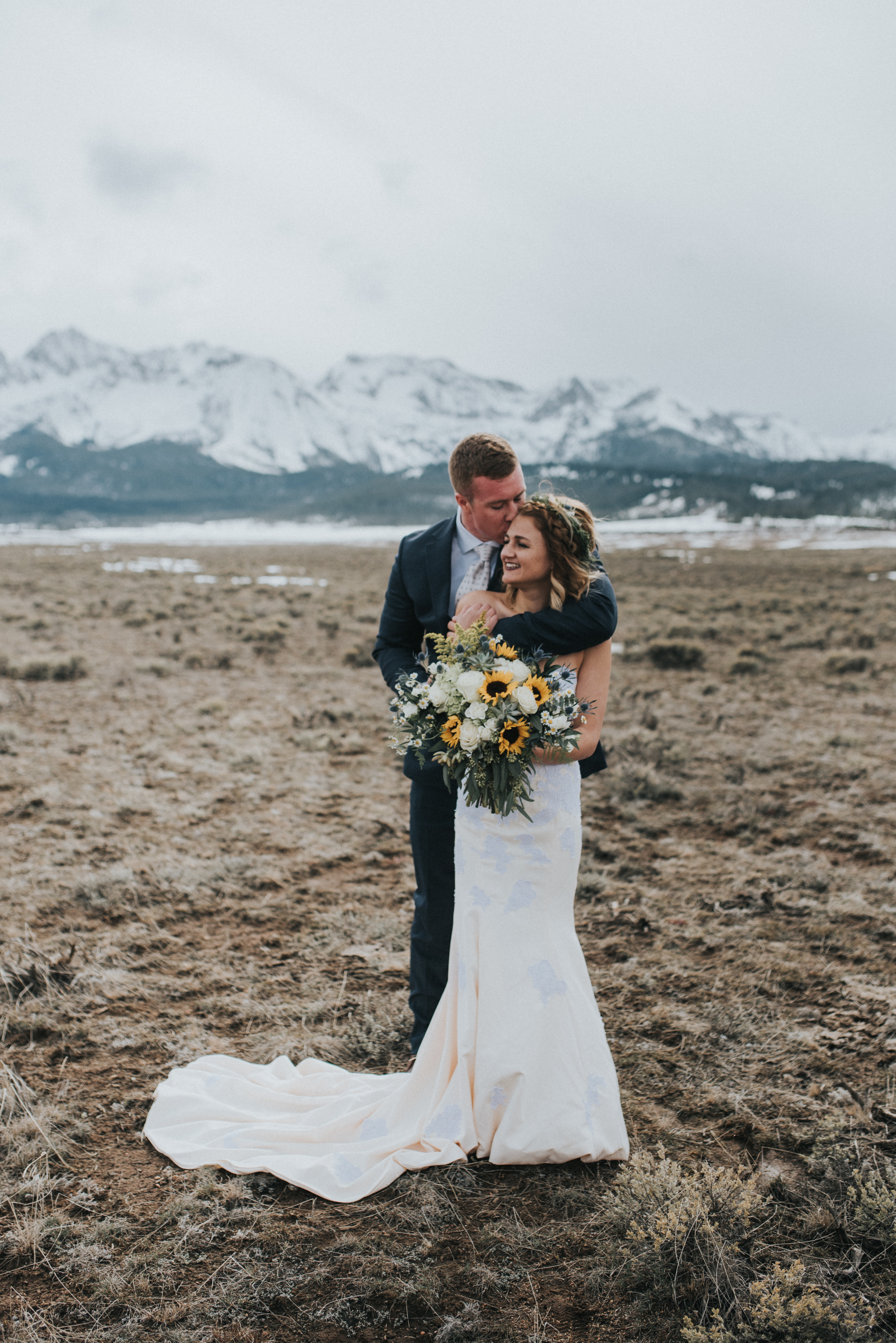 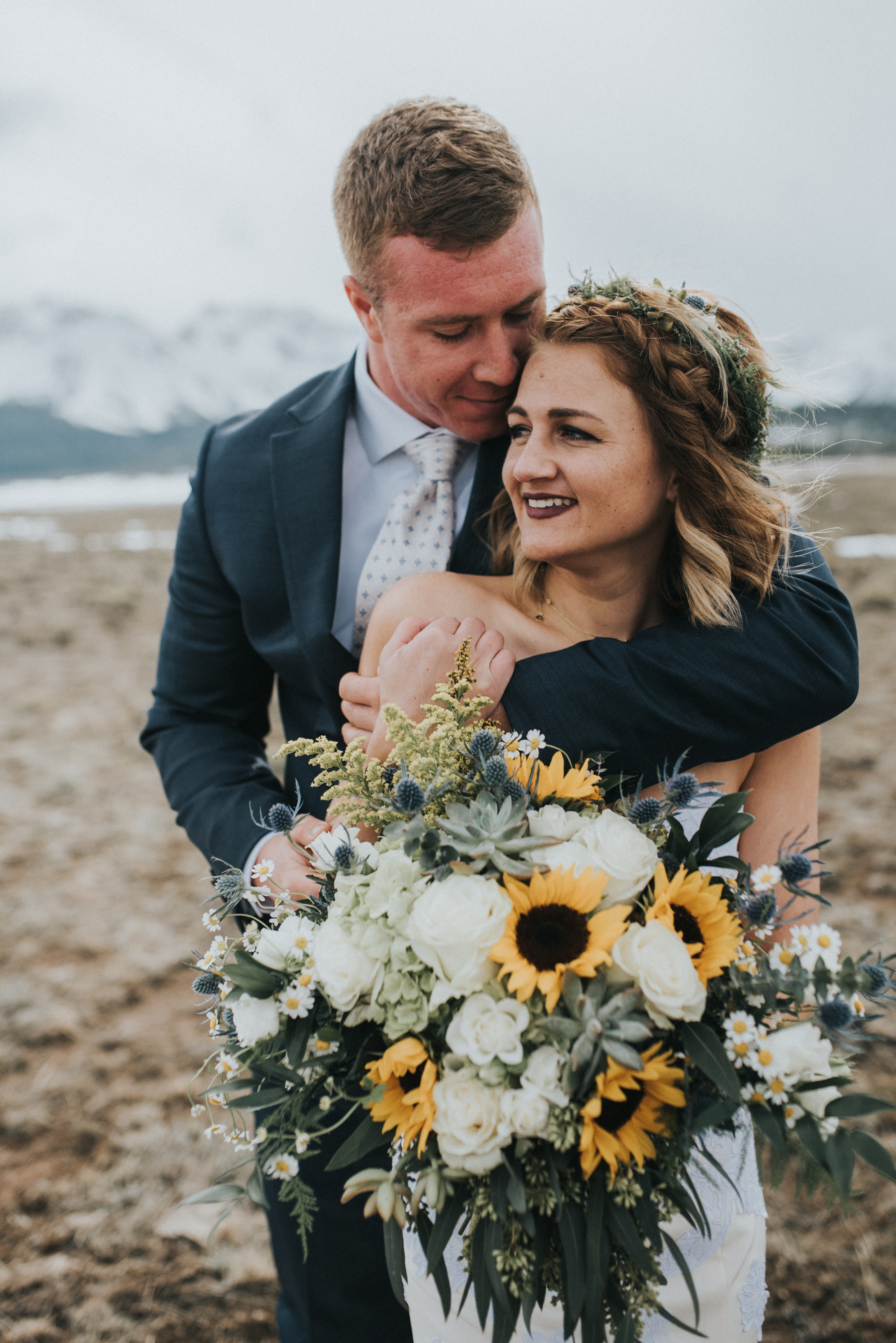 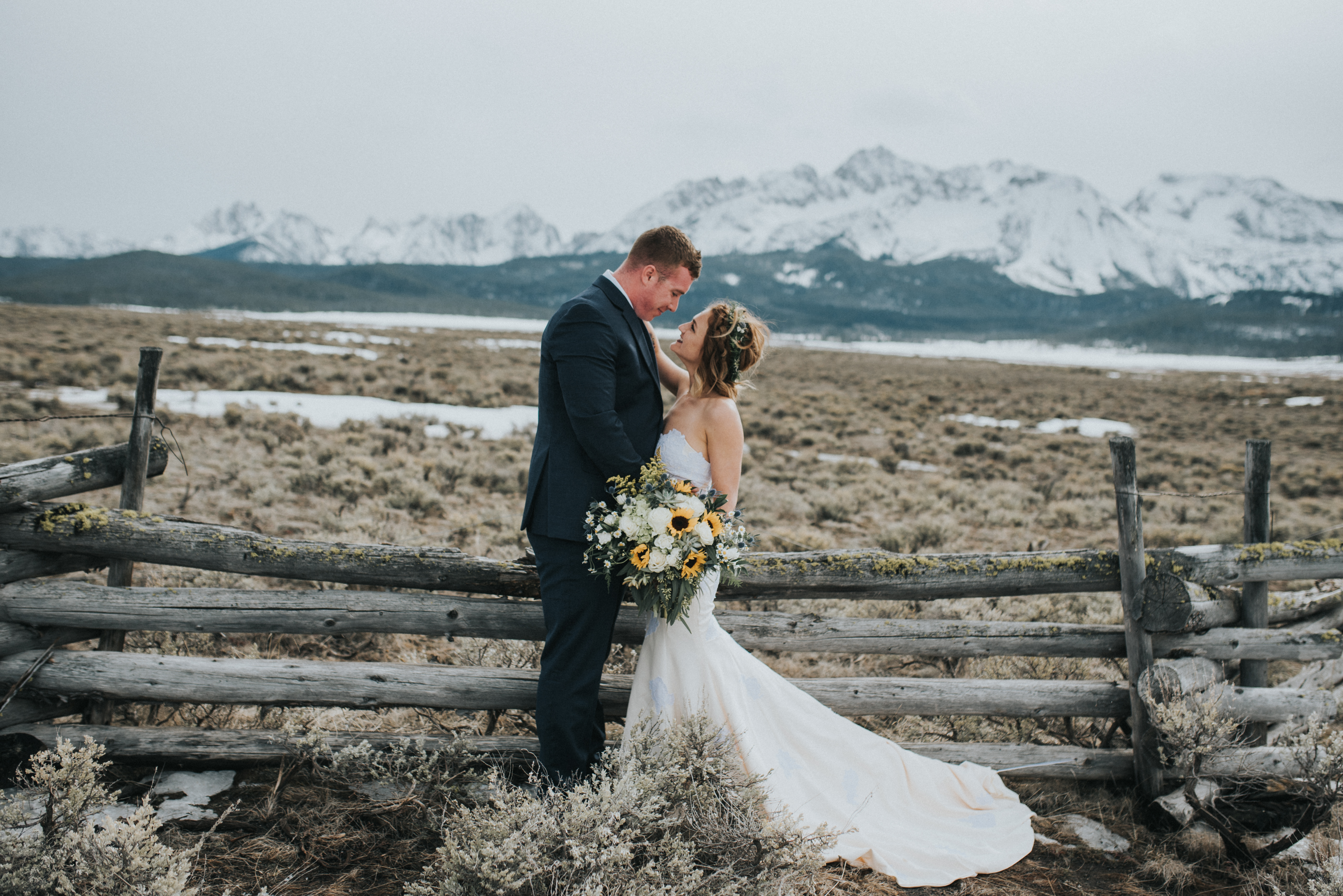 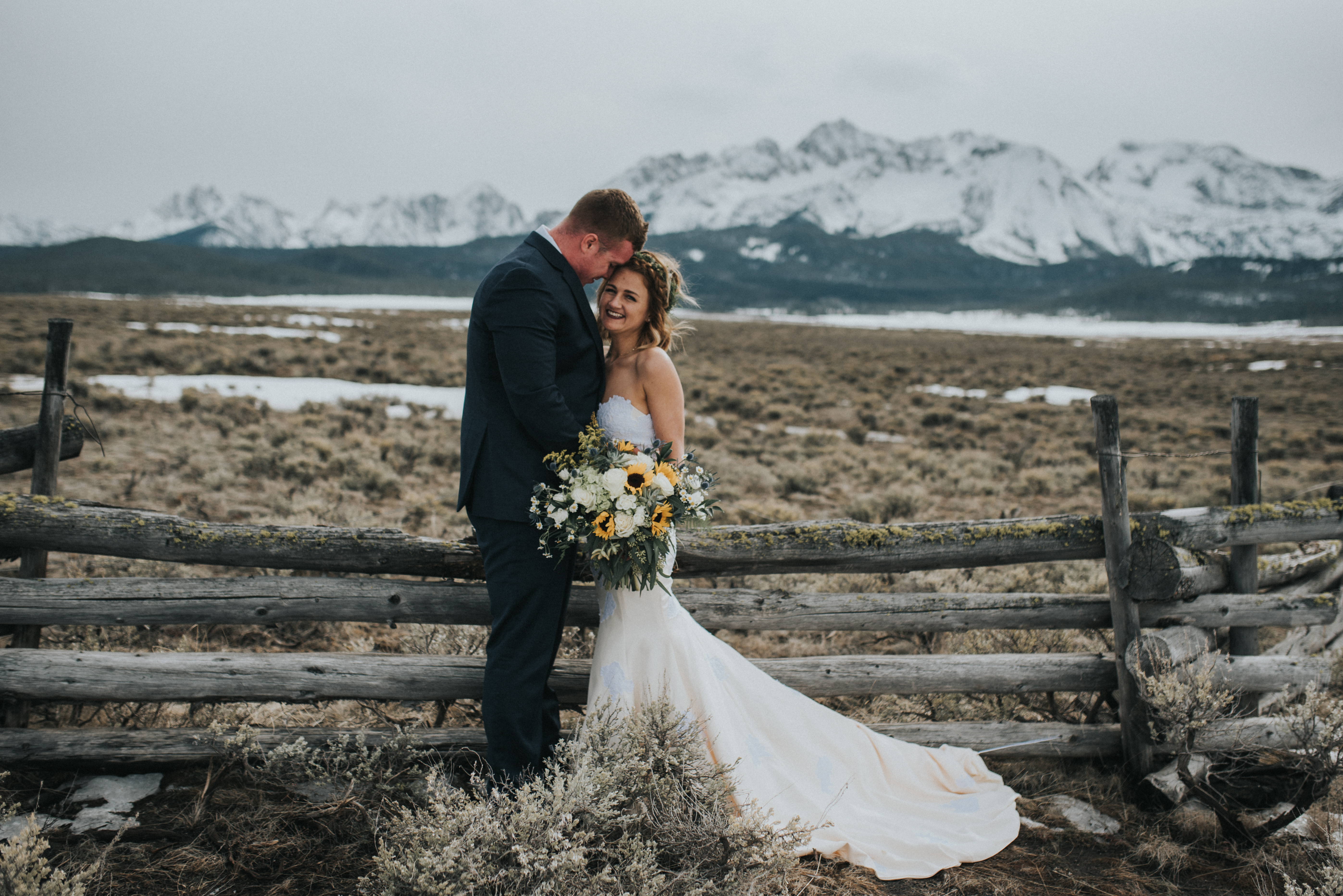 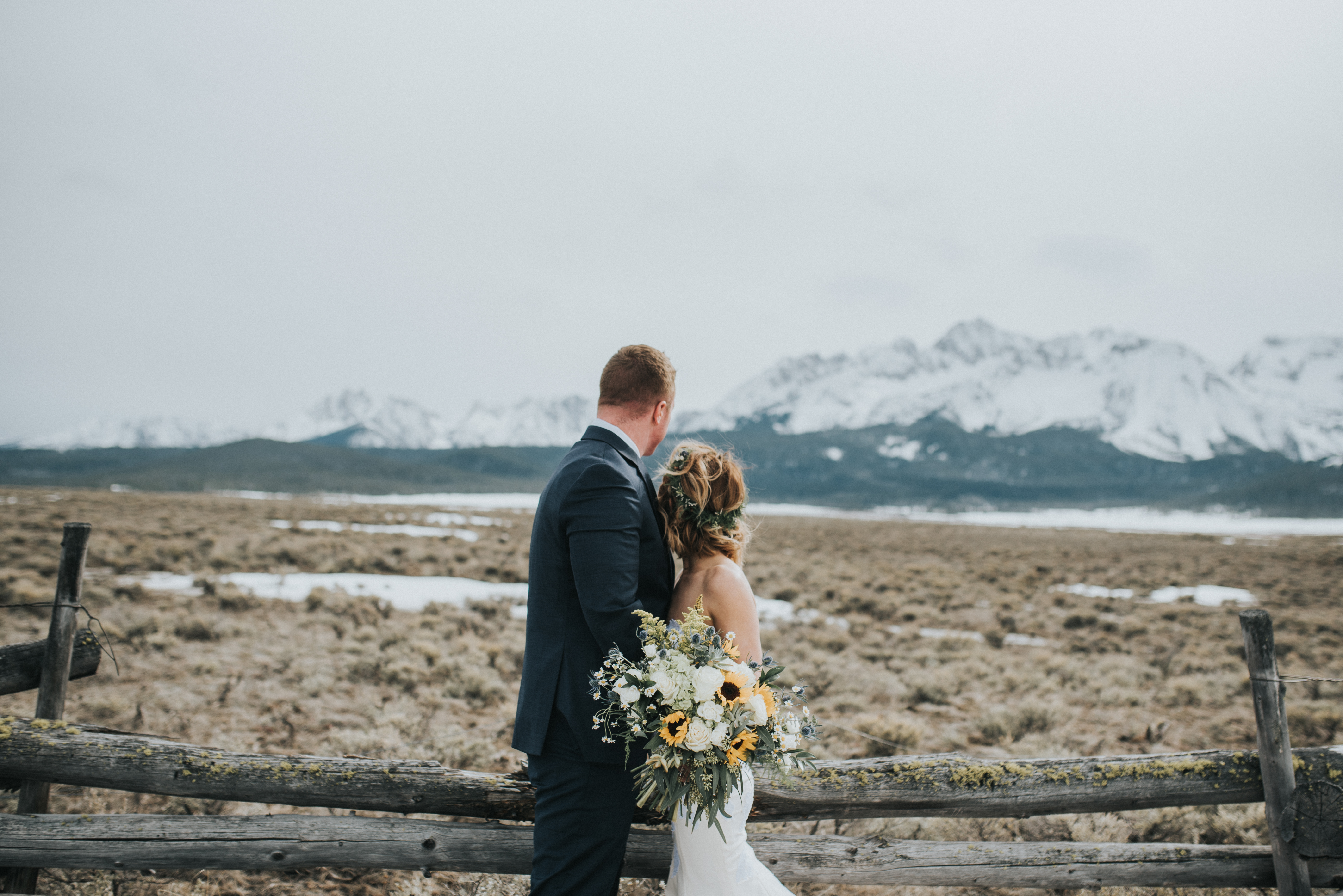 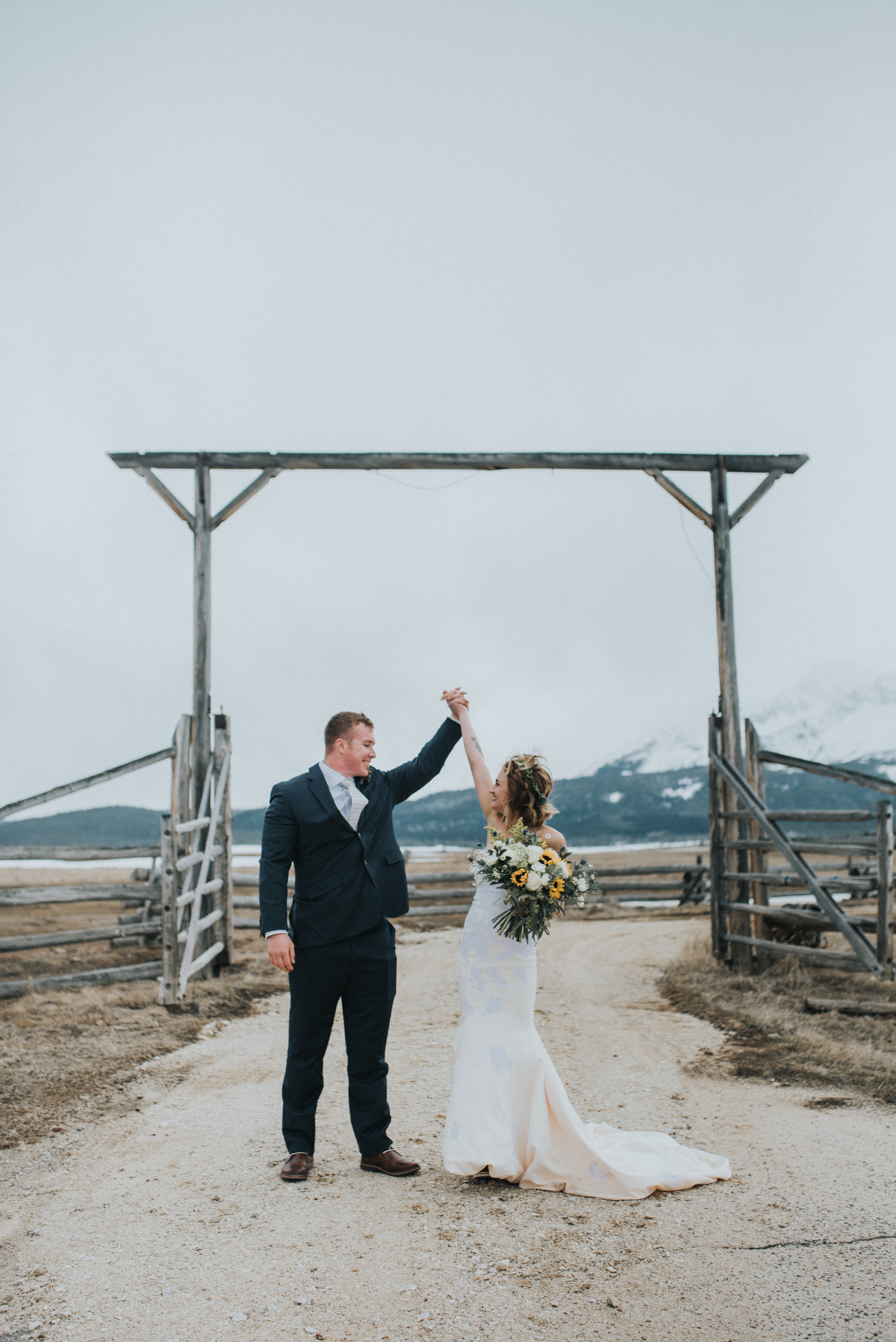 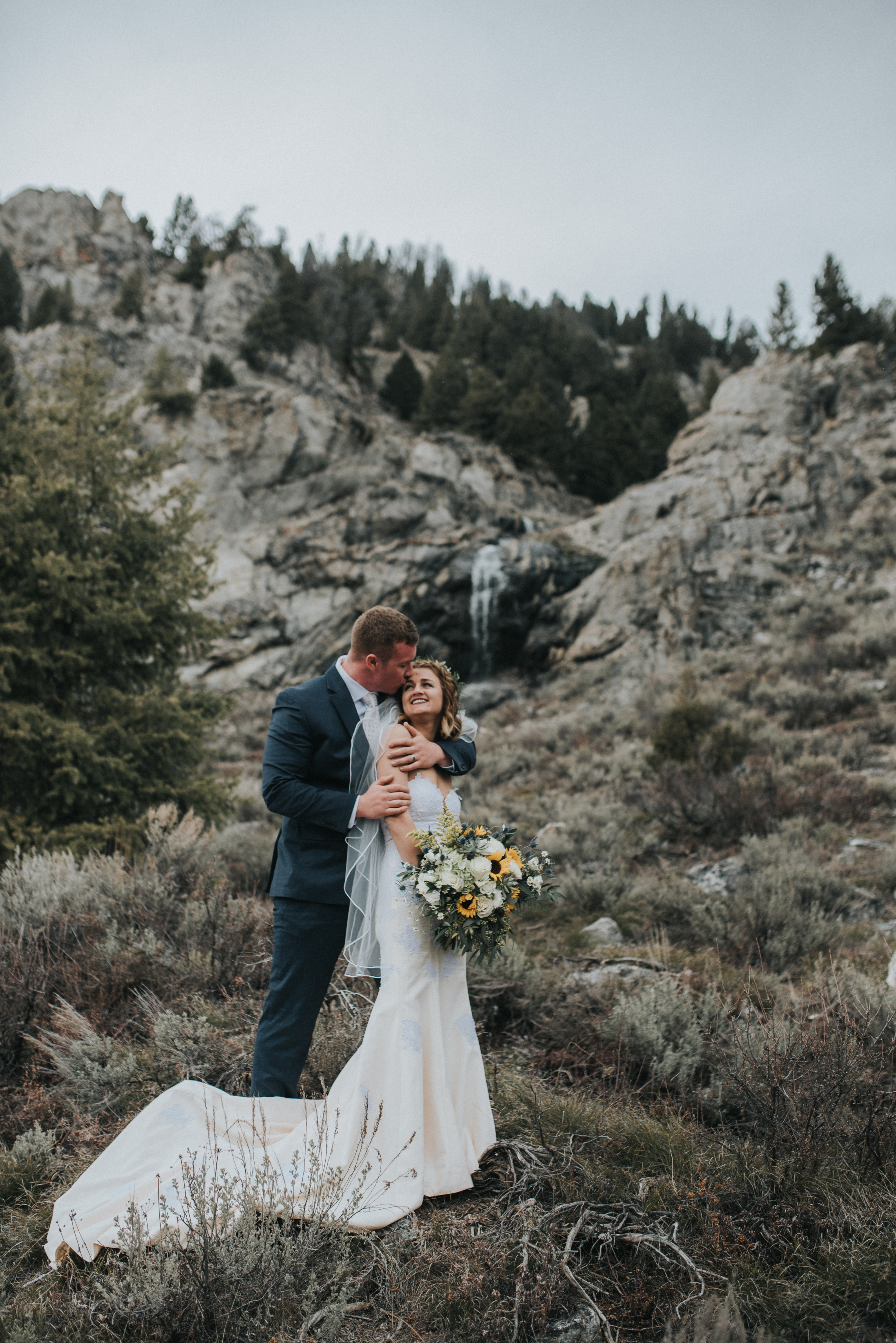 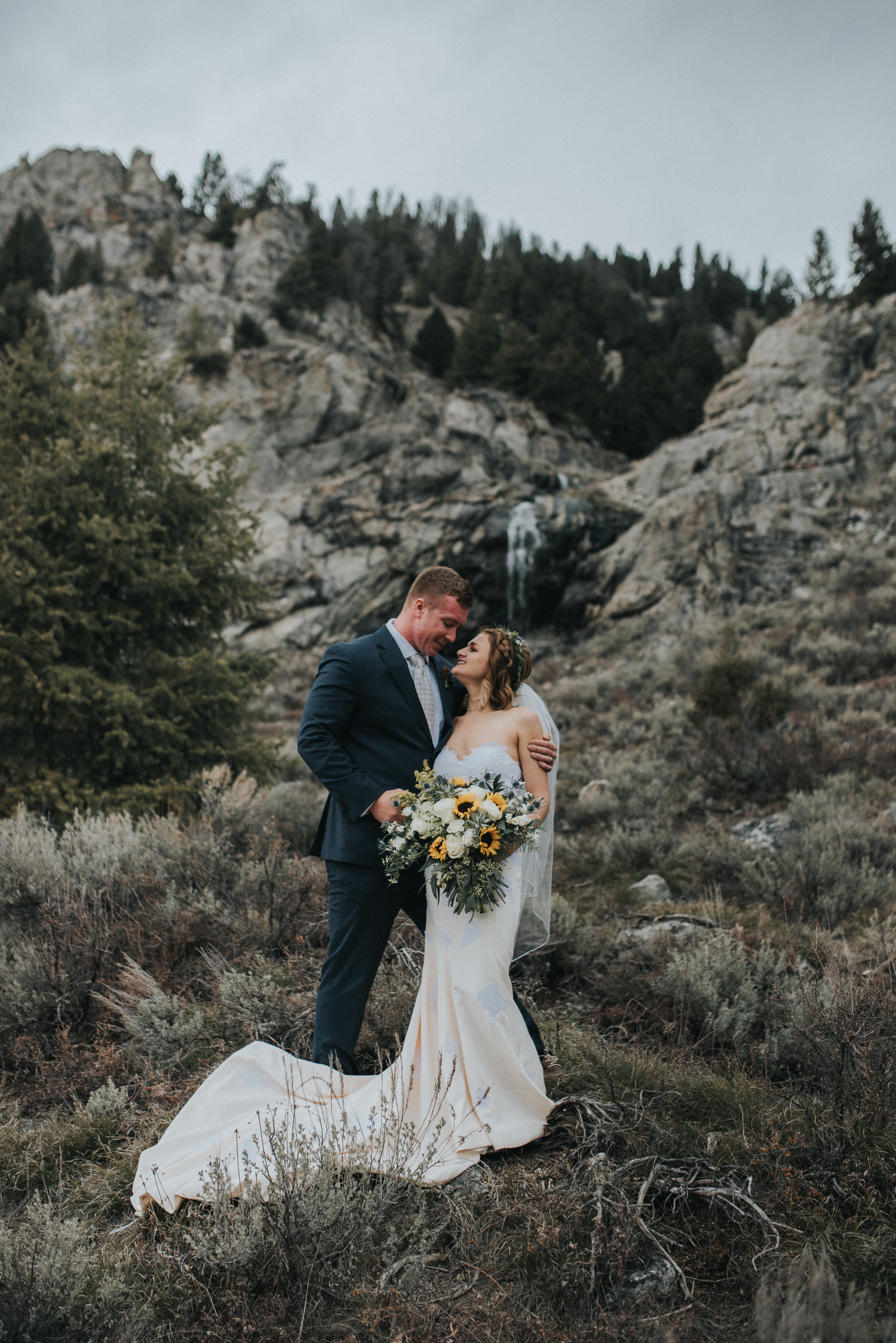 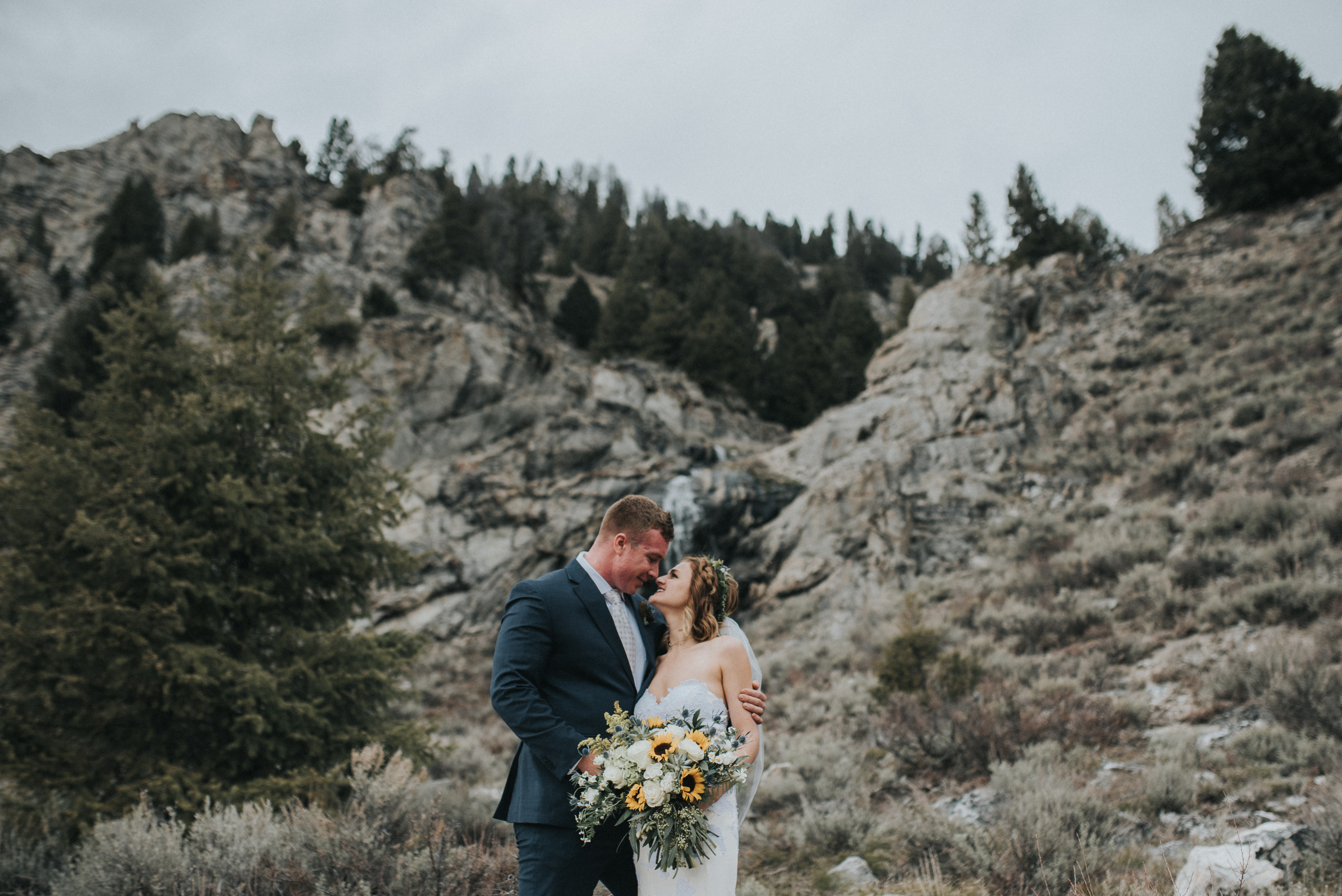 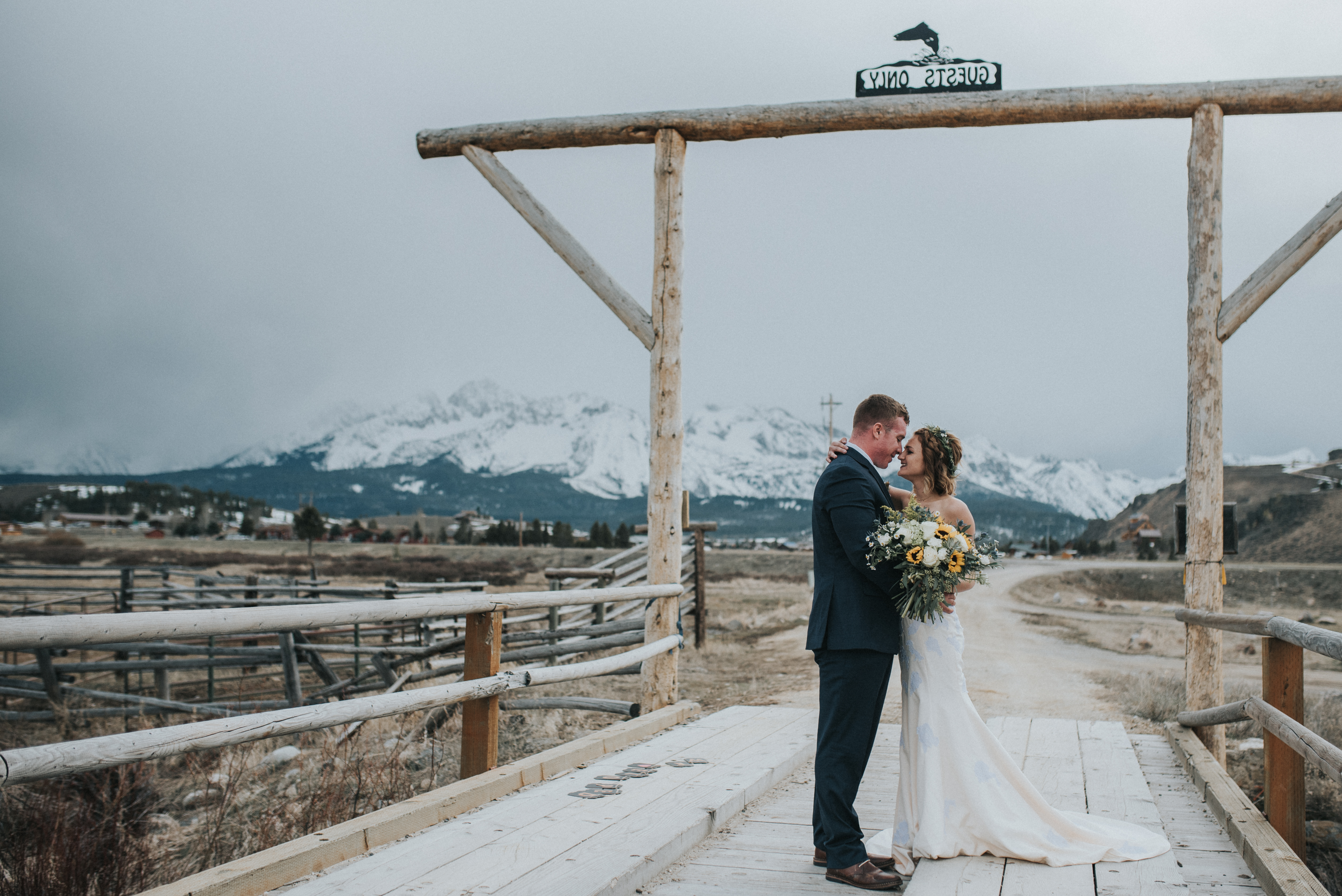 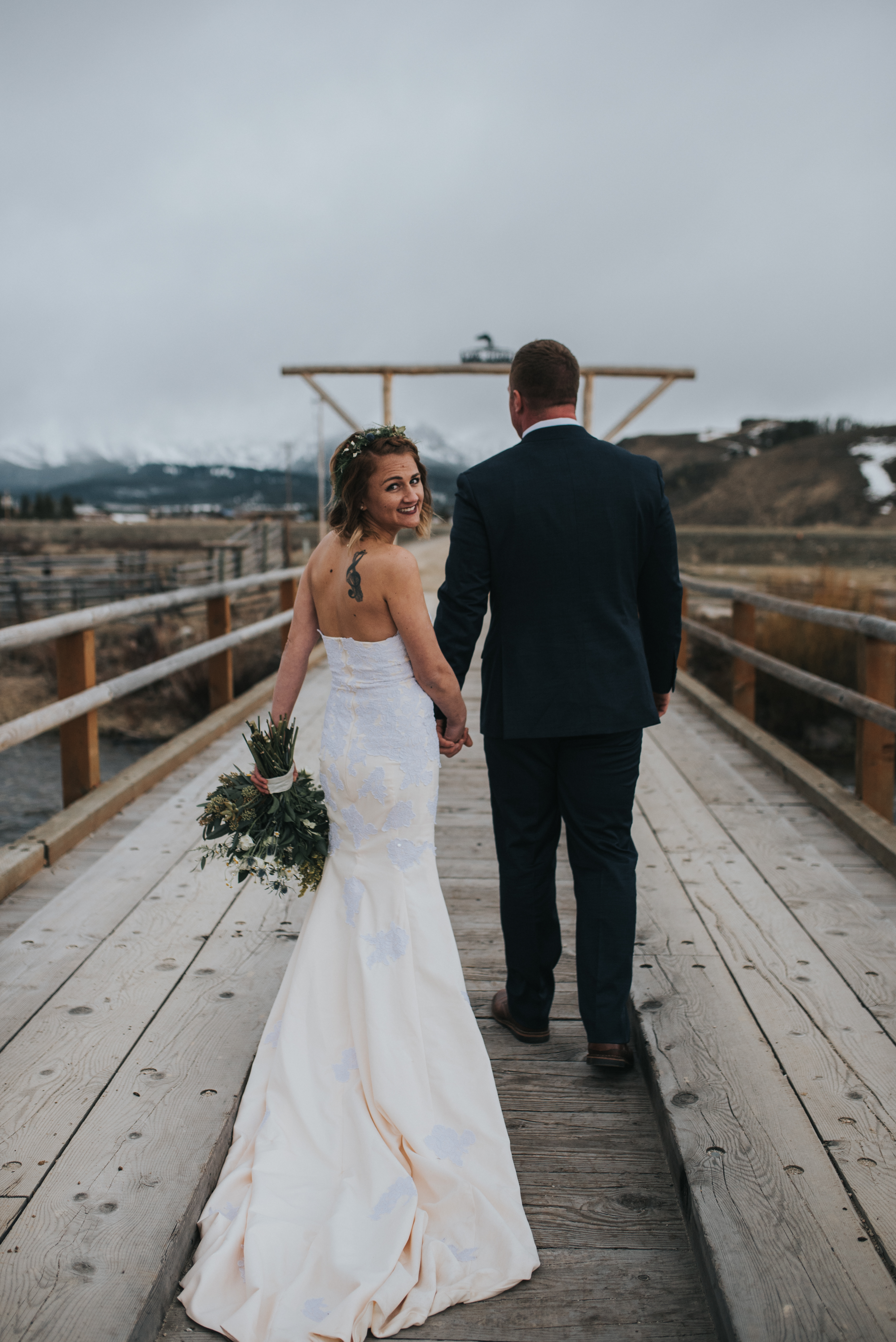 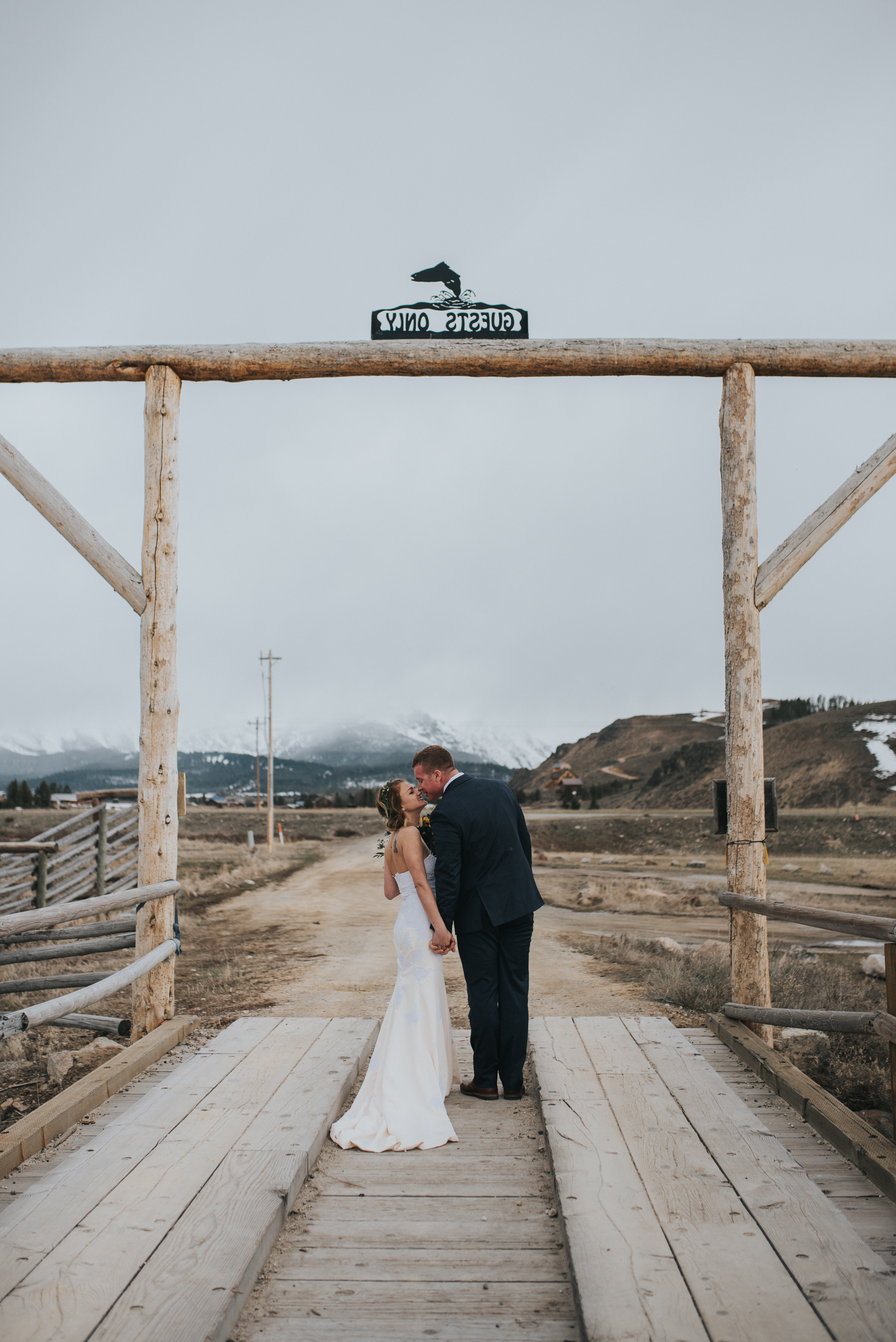 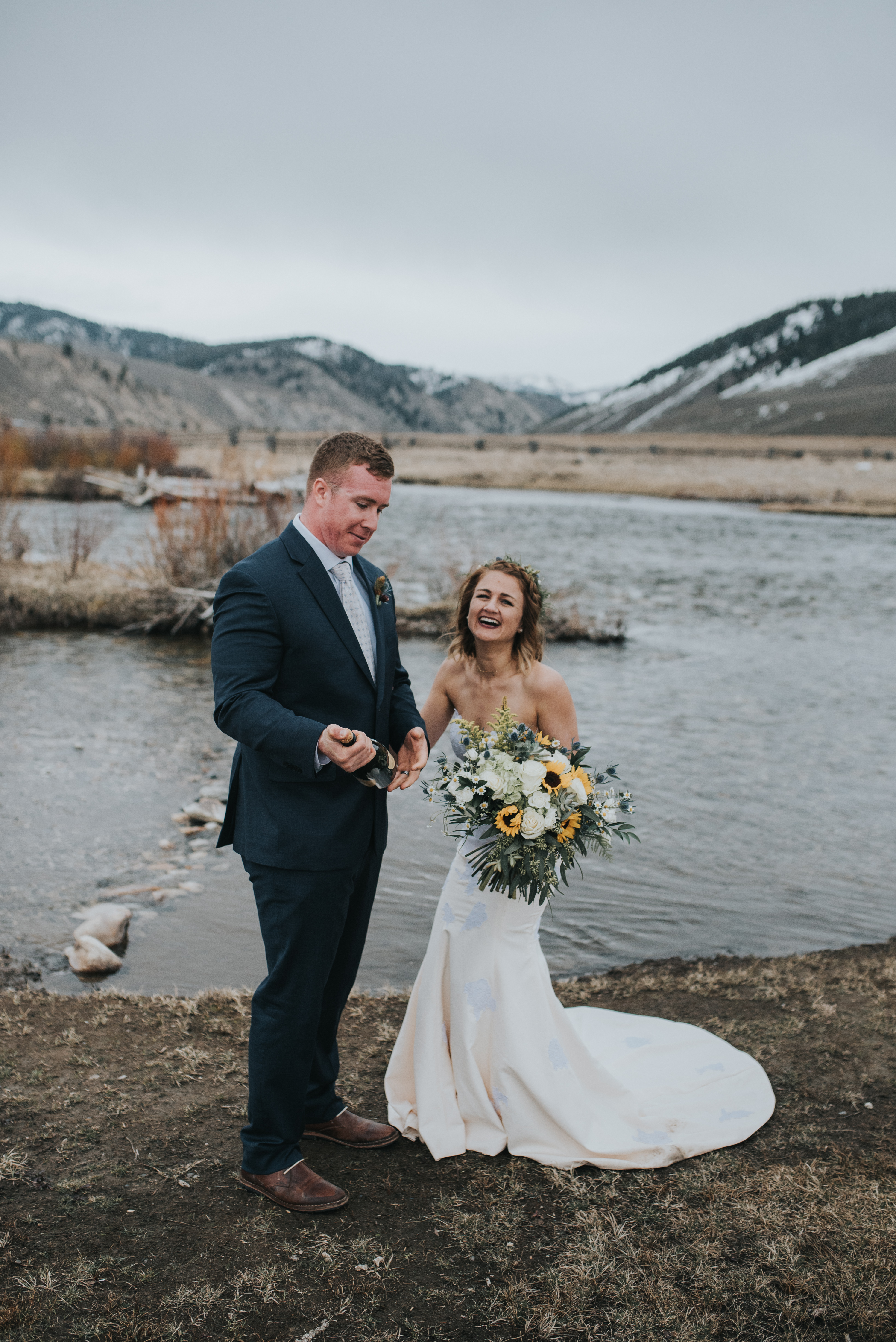 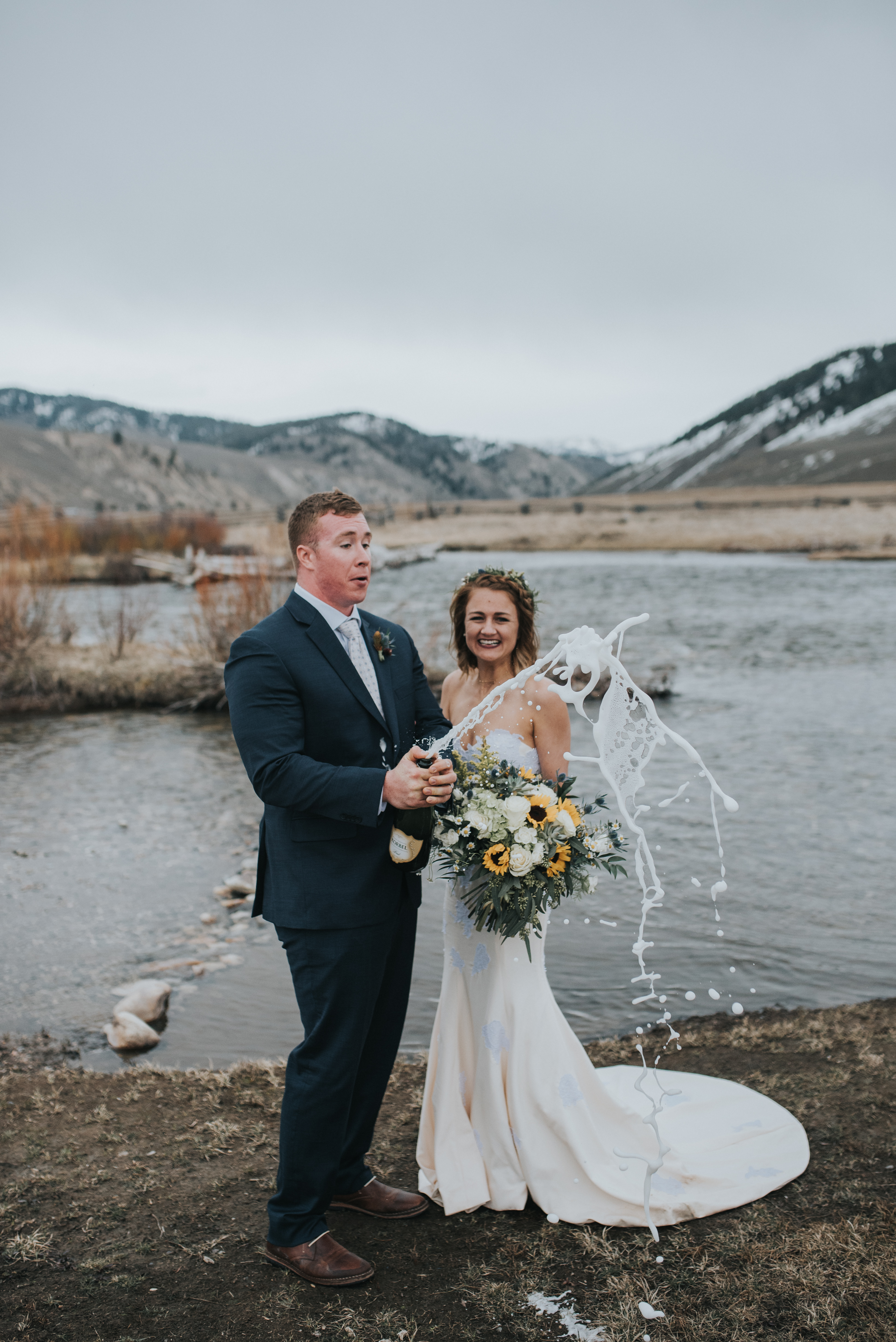 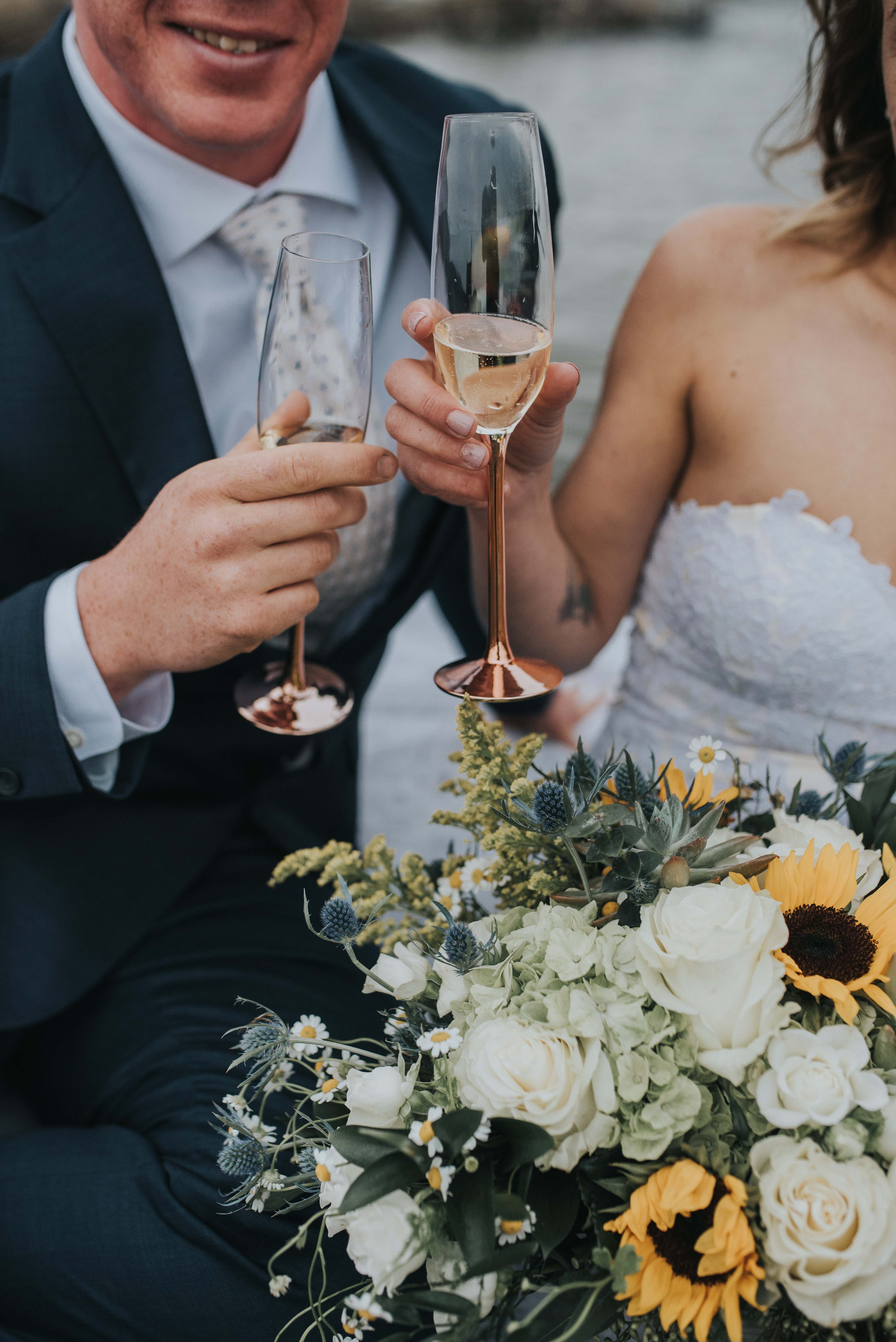 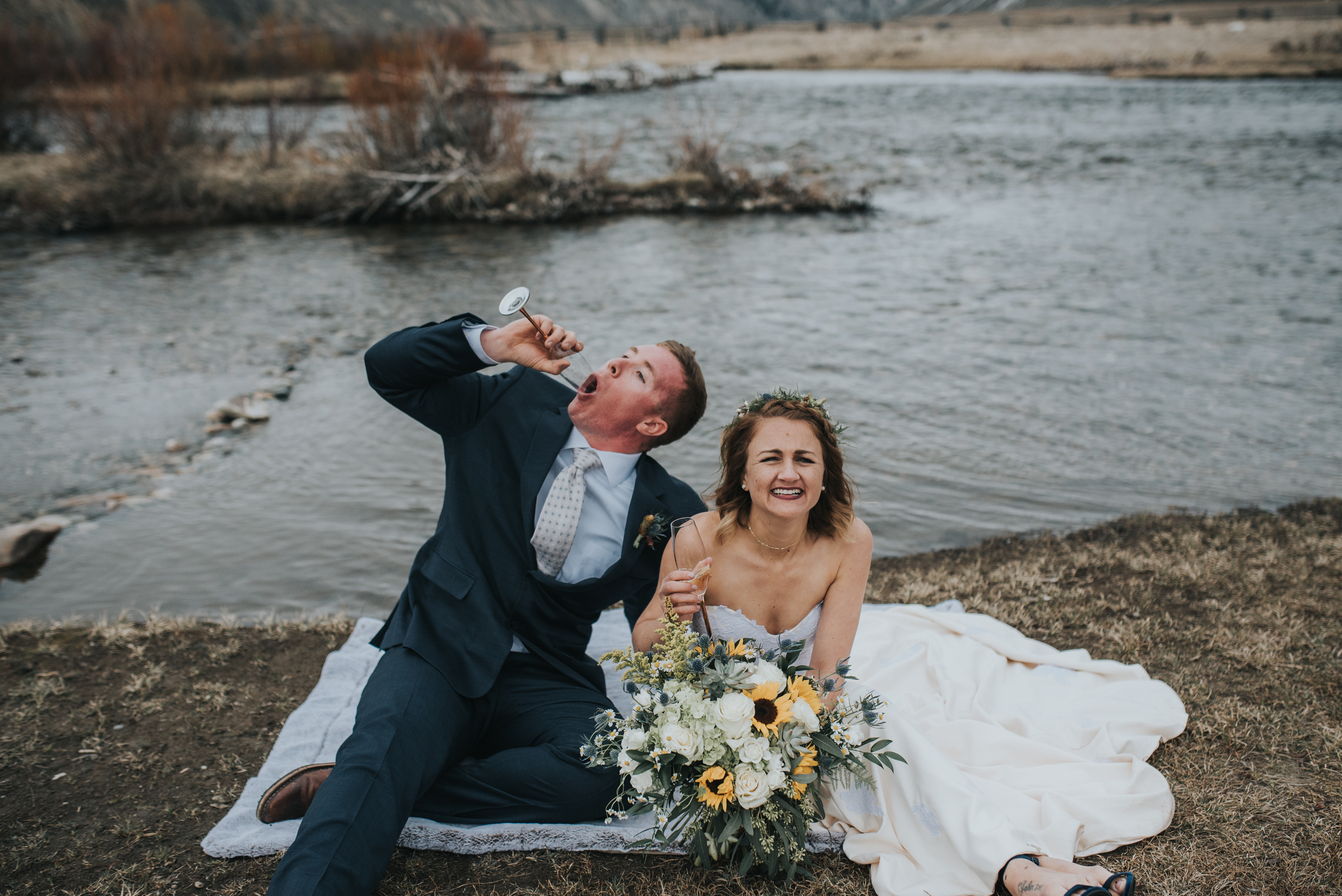 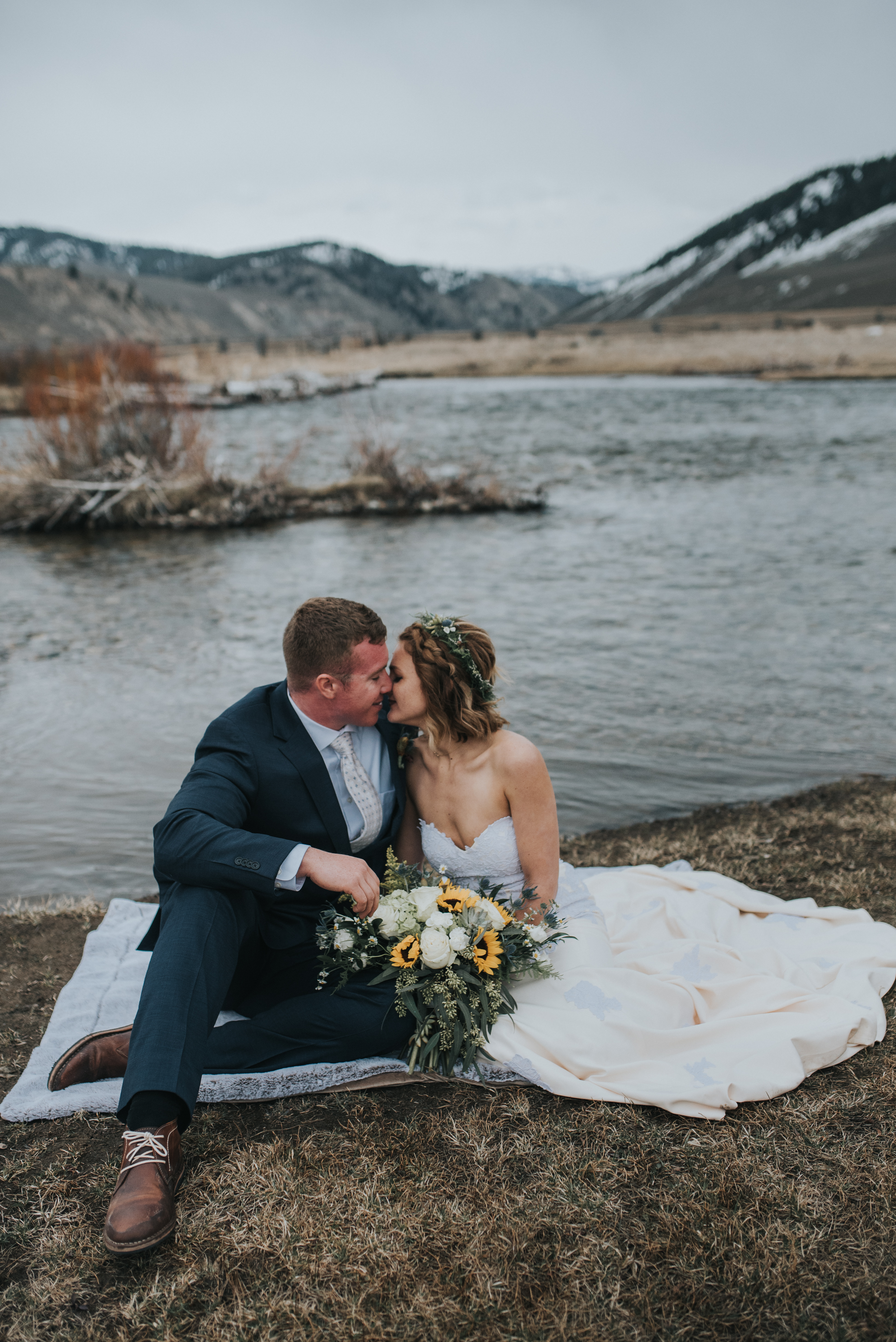 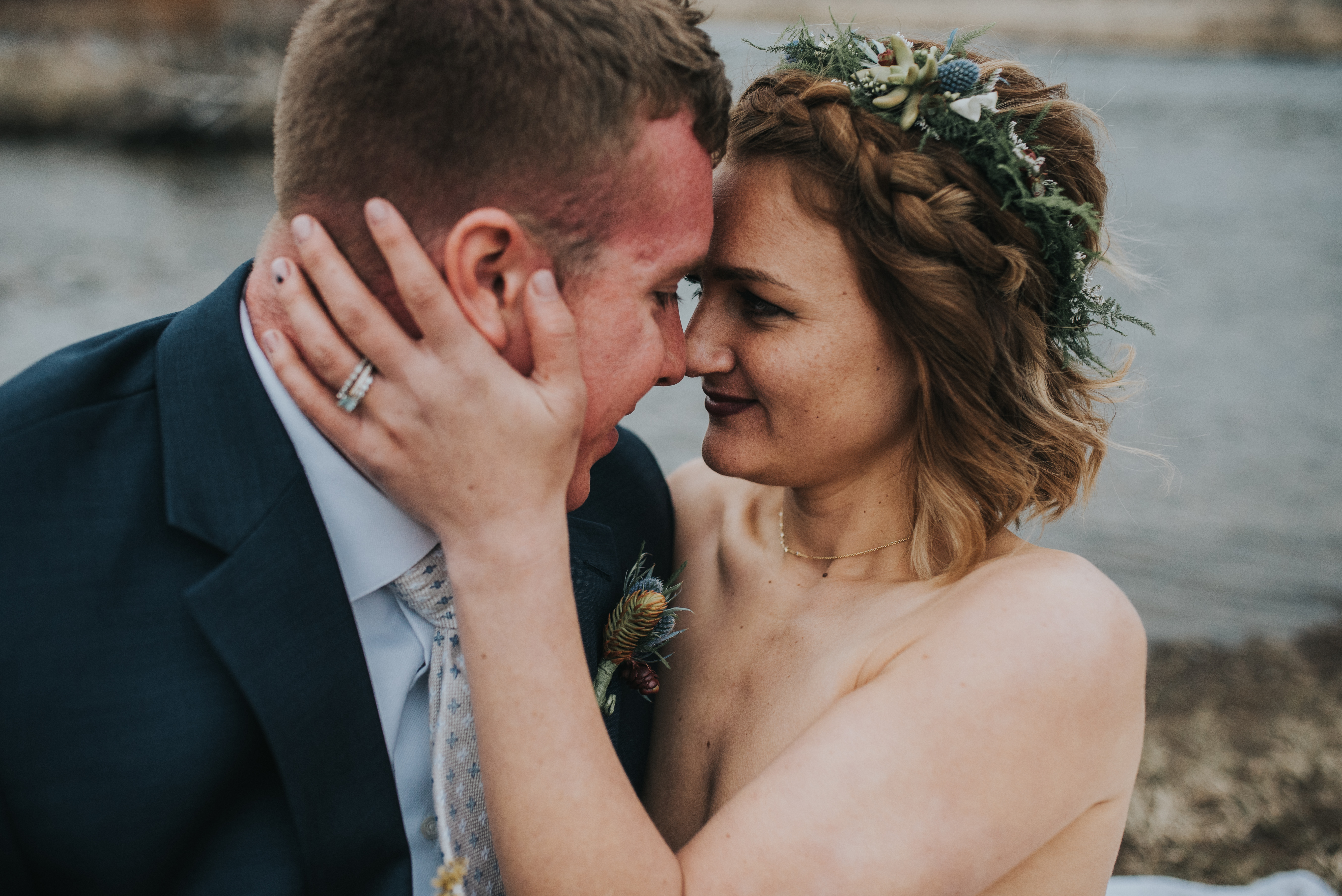 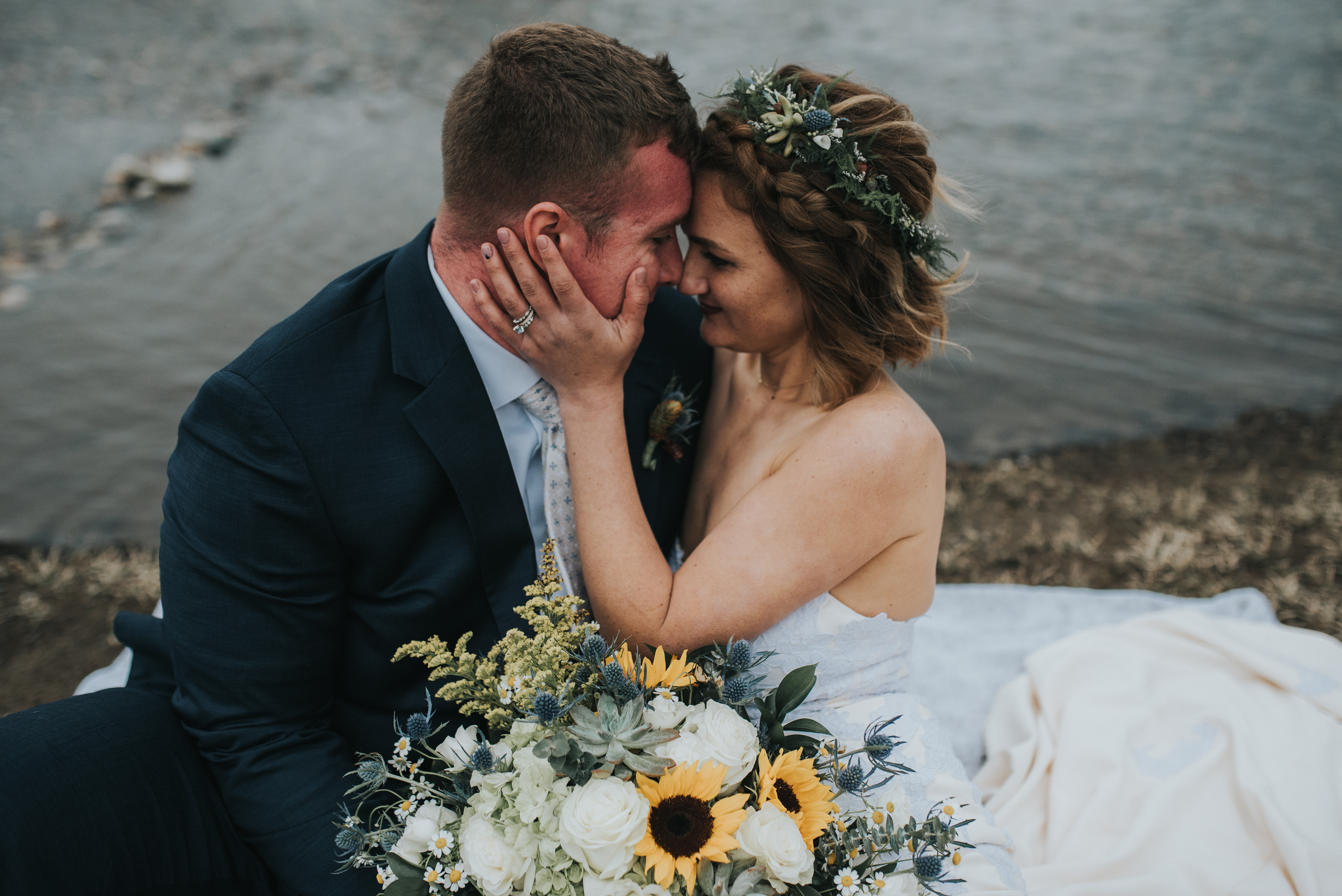 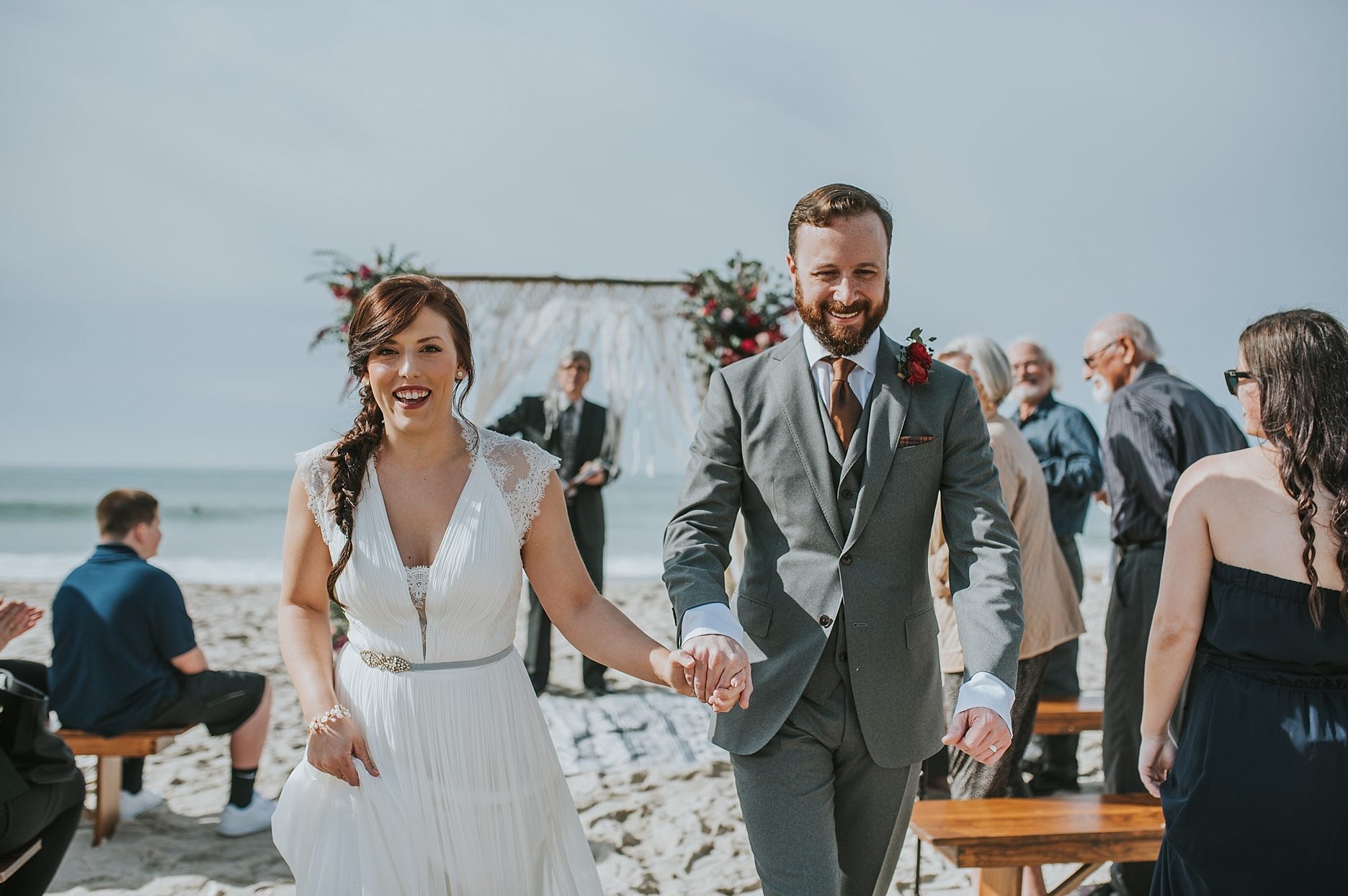 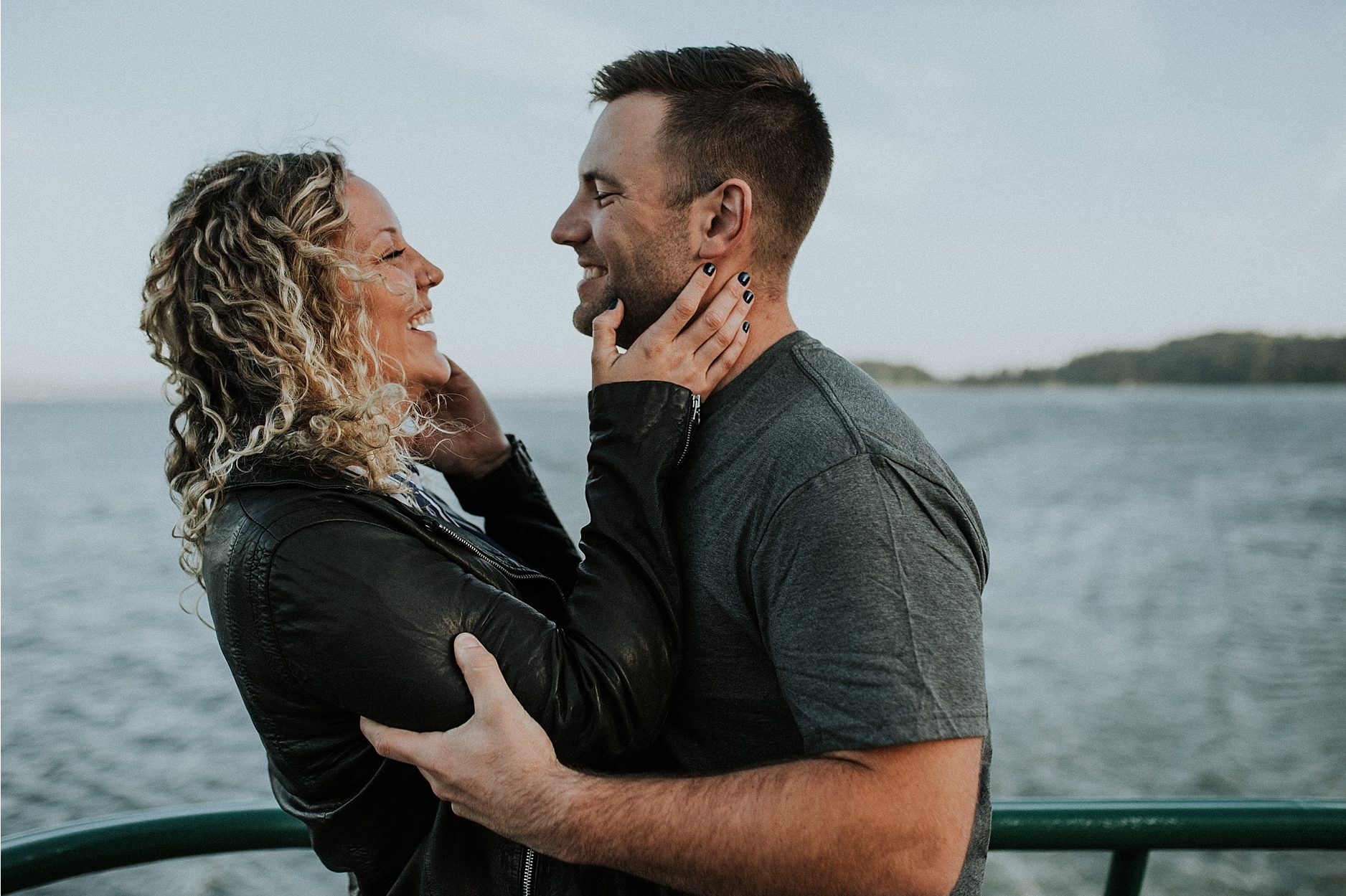