By maggiegracephotography April 13, 2020 No Comments 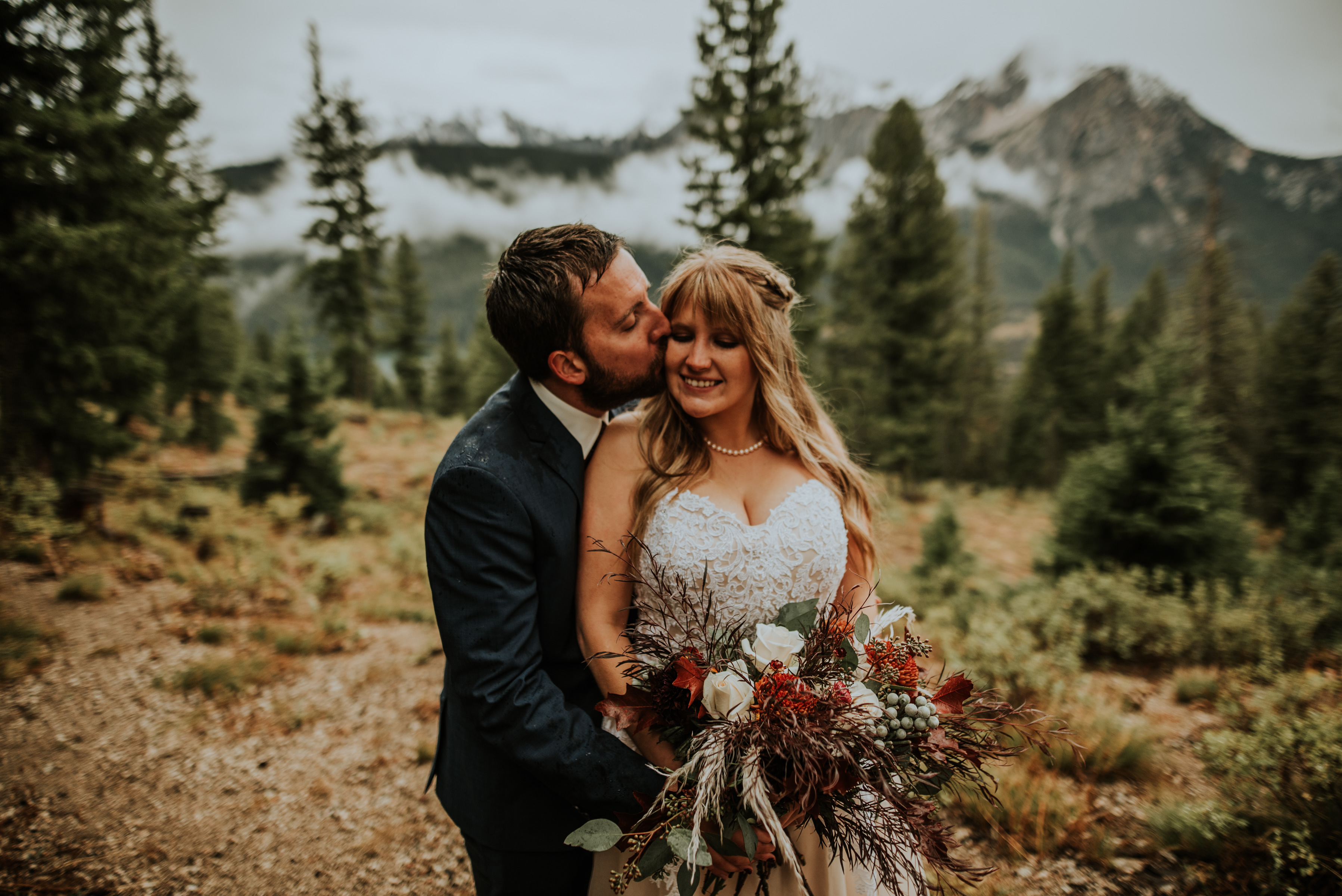 Teagan and Ian only had a few key priorities on their wedding day: they wanted it to be in the Sawtooths, they wanted awesome photos, and they wanted it to be simple. No fuss – just their love and the epicness of the Sawtooths. Teagan and Ian were my twentieth elopement in Stanley, Idaho and it feels so special to be trusted to take couples to my favorite secret spots around Stanley and help plan epic elopements. Teagan and Ian are two of my favorite people I’ve ever met on the job. We immediately fell into such an easy friendship and effortless vibes. I shot their engagement session in June and they drove up from Utah so we could take some spring Stanley photos with blooming wildflowers and their dog, Parker. I learned that Teagan is a librarian and we chatted all about our favorite YA books and discovered we also share an obsession with Taylor Swift. Ian is an avid outdoorsman and loves craft beer. These two met online and knew very quickly that they’d found “it”. Super simple.

Fast forward a few months and I decided to spend a week in Stanley because I had a series of sessions back to back. I got a cabin in downtown Stanley and Teagan and Ian showed up right when Stanley seemed to turn fall overnight. Seriously. At the beginning of the week, I was wearing shorts and a tank top by the lake, and by the time their elopement rolled around, there was snow in the mountains and leaves changed almost overnight. It was magical. Their wedding day happened to be the rainiest day of the week, but Teagan and Ian totally rolled with it and we made the most of it. They shared an intimate first look by Stanley Lake and we were the only car in the entire parking lot. Rain fell around them and honestly it was straight out of a movie to feel like the entire lake belonged to them and their Sawtooth elopement.

After a rainy first look, we drove another hour to their ceremony location. We went to one of my favorite ridges and with the help of their officiant, Chris with Emily Aitken Events, we waited for a window of light rain before leaping out of our cars. Fog rolled off the mountains and we could see mountain peaks all around us fighting their way through clouds. I noticed halfway through their vows that a sliver of the sky appeared above the mountains and a bit of sun looked like it might peak through. And truly… this is one of my favorite moments that has ever happened during a wedding, elopement, or session. One moment we were getting dumped on and then almost like magic, the sun came out and illuminated everything around us. It rained as a full sunset of pinks and oranges emerged and it was incredible.

We quickly scarfed down some cake, popped open some wine that Teagan’s mom sent her from her hometown in the midwest, and then they “rode” away on their bicycles for their elopement exit. We drove all the way back down the mountain in sheer bliss and I listened to Taylor Swift the entire way in honor of these two!

Thank you so much for sharing your day with me Teagan and Ian! I just adore you. 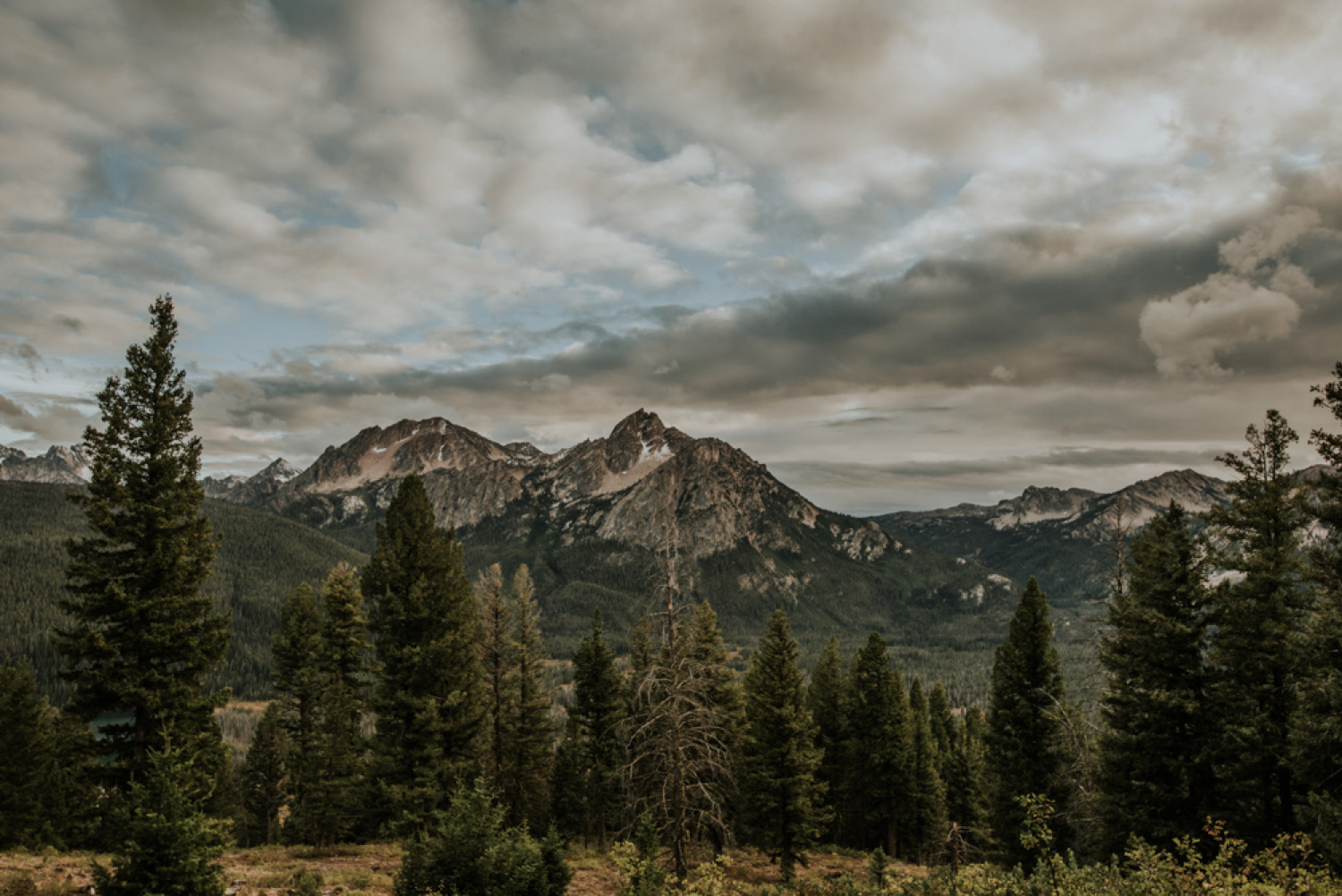 Elopements have such a special place in my heart, and this Sawtooth elopement is no different! For more intimate wedding goodness, check out this Park City Utah cabin elopement!