Where do I even find the words for this amazing Stanley wedding – it’s one of my favorite weddings I’ve ever been a part of! I know I’m not allowed to pick favorites, but Tylor and Jen are a couple I’ve had the opportunity to get to know over the last few years and my relationship with them is so special. I met Jen at one of my first weddings in the Boise area in 2016. It was an intimate wedding and we happened to sit down next to one another at dinner and found out we are both obsessed with the Sawtooths. She started telling me about her boyfriend who was still relatively new in her life and I distinctly remember her telling me that if things panned out in the future, she could see herself and her boyfriend, Tylor, getting married in Stanley. We parted ways and then found out once we became friends on Facebook that we had close family ties in Boise and our families have known one another for more than 25 years. Ha!!

Over the next couple of years, I saw these two perform with Tylor’s Band, Tylor and the Train Robbers, at various shows and festivals in Idaho. They fell deeply and madly in love, in an old classic romantic film kind of way. They wrote songs together, fell in love on the road touring with the band, and spent their downtime in Boise at their house with their pup. In the fall of 2018, I was on Facebook one morning and saw Jen announce on Facebook that Tylor proposed. I freaked out and, within a day, Jen had texted me about getting together to talk about wedding plans. We had coffee and right away, I knew that she had to reach out to Emily Aitken Events about helping her plan her wedding.

Tylor and Jen envisioned a Stanley wedding with Western flair and boho elements, but most importantly, they imagined a day centered around their shared love of music. Rather than a traditional reception with a hired band, they knew it would only be fitting to hit a dive bar in Stanley instead and were able to bring their favorite band in from out of town to perform. They chose to have an early mid-day ceremony instead, followed by an early dinner and left 2 hours in their schedule around sunset to go for a hike before closing down their wedding day with an epic dance party at the dive bar with their guests. It was non-traditional but completely perfect for who they are.

I have so many favorite memories from this day and moments I’ll remember for the rest of my career. There are some couples I meet that just have a magnetic infectious energy about them that makes you want to be around them. Being around Tylor and Jen just makes you believe in the kind of love our grandparents shared that’s only shown in old movies.

We started their Stanley wedding day with a sweet morning at Jen’s cabin. My favorite moment that morning was when Jen started putting on her wedding dress and suddenly we all noticed her sweet grandma Eleanor was crying. Jen and Eleanor both started crying together from across the room. It was so sweet. Then, I headed to Tylor’s cabin to get ready, and right away he started the morning asking if I wanted to take a shot of whiskey with them. We poured one down together and the guys put on their vintage shirts with custom embroidery.

After getting ready, we headed to the Stanley Meditation Chapel for their outdoor ceremony. This was possibly one of my favorite ceremony moments of all time. Rather than writing his vows, Tylor chose to sing his vows to Jen in a song he wrote just for their wedding day. All around me, you heard sniffles as their guests cried. It was so romantic and you could hear his guitar and voice ricochet off the Sawtooths. They said I do and we headed to their dinner reception for a break. Jen’s dad performed some songs live to set some ambiance, Jen and Tylor redid a part of their vows because we forgot to do the rings (oops), cut cake, and shared toasts. Just as things were winding down, we slipped out of the party and headed to the mountains.

Now, this part of the day… it really was my favorite. Not many couples choose to spend two hours of their wedding day together in the forest, but because of the break in their dinner and after-party in the schedule, we were easily able to steal some time in the evening to relax and go for a hike. We went on a hike to a gorgeous meadow at the base of the Sawtooths. I followed behind Tylor and Jen as he carried his guitar nearly a mile to the clearing. The sun was setting behind them and when we got to the meadow, we all took a collective break to stare at the mountains and catch our breath. What followed next was just pure MAGIC. I barely had to direct Tylor and Jen. They danced, swayed, sang, and pranced through the meadow. I gave light suggestions and it truly felt like a collaborative creative experience. I got to capture them as exactly who they are and what they do in their day to day life together. It was so easy and effortless. The sun turned the mountains bright orange and red and the fall colors really came out in full force. I never wanted it to end.

Once it started getting dark, we headed to the local Saloon dive bar. The rest of the night was spent dancing with well drinks and beer with all their friends and family. Tylor and Jen even got up on stage and performed the song Tylor wrote about falling in love with her. We all had huge fat tears running down our cheeks.

This entire day was just destined to be. There is no way around it. It was a modern-day fairytale and love story. 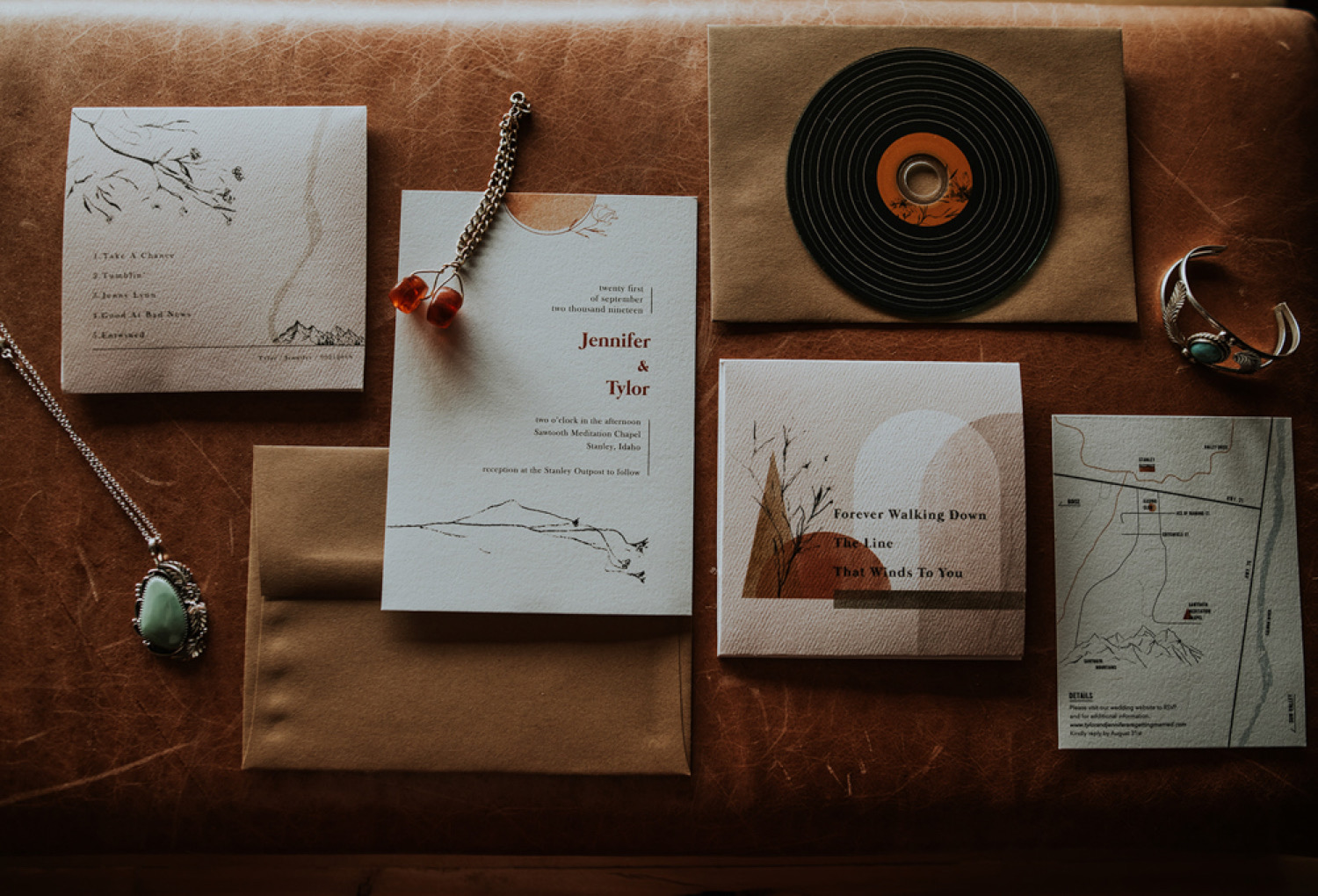 
Congrats again on your Stanley wedding, Jen and Tylor! It was an incredible day that will always be in my heart.


Want to know how you can have your own magical boho wedding? Check out this all-inclusive elopement package that Emily Aitken Events (who styled this wedding!) and I put together! 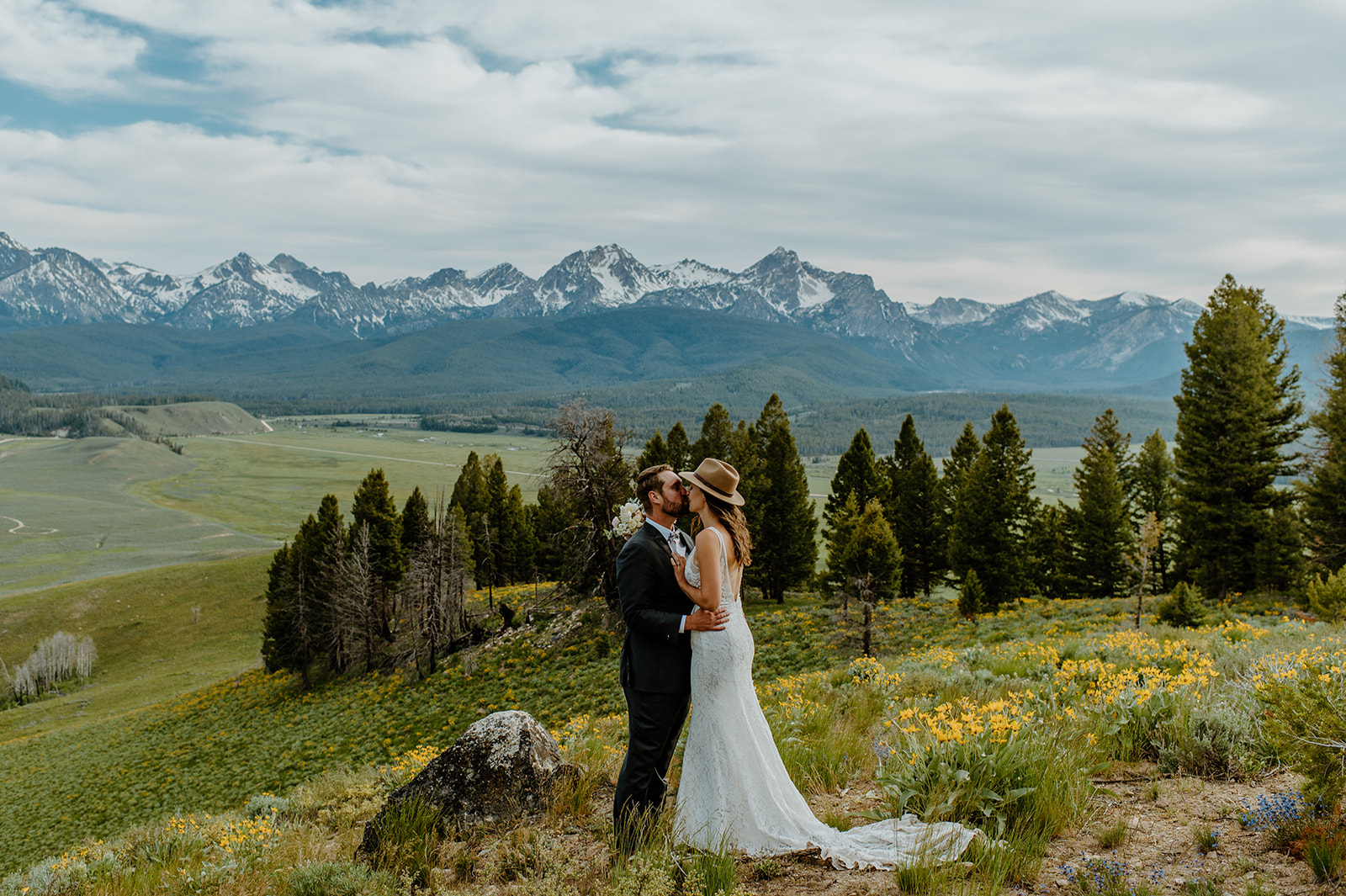 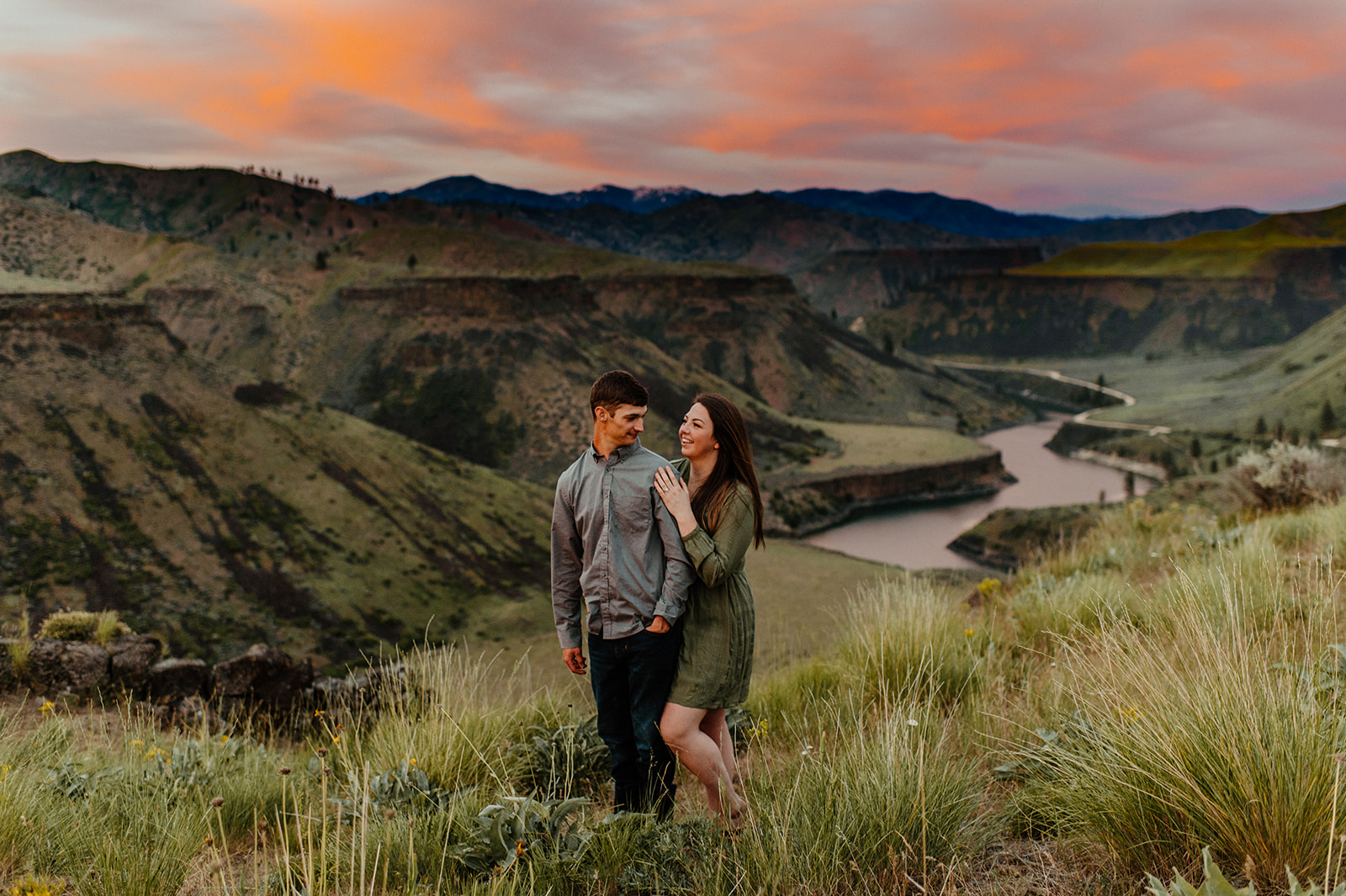