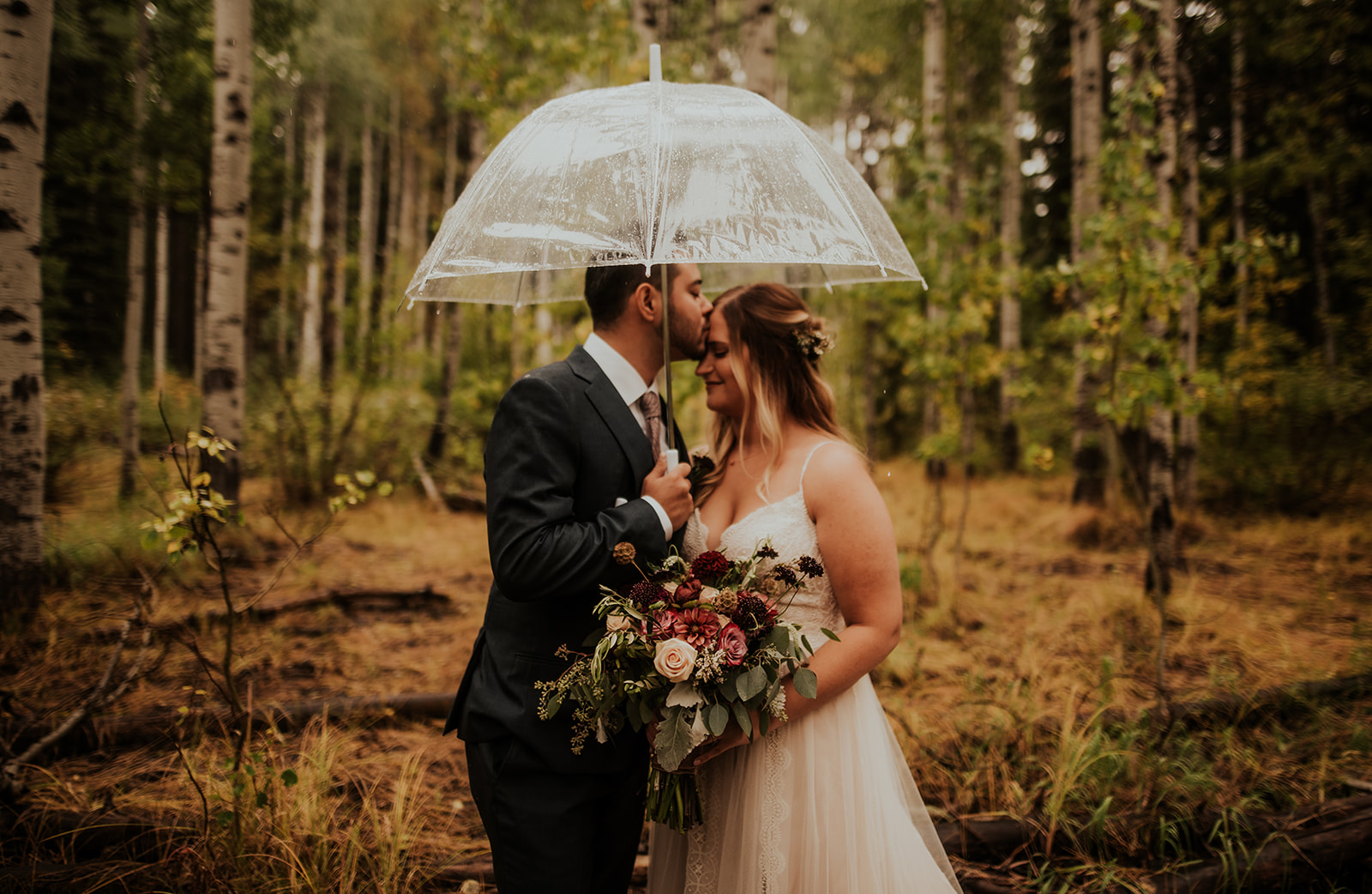 On a drizzly September day, Sarah and Sada shrugged off the rain and partied all night for their Pilgrim Cove Camp wedding – it’s one of my all-time favorite wedding venues in McCall. I first met up with Sarah in the spring of 2018, a full year and a half before their wedding. Immediately, I felt like I’d known Sarah for ages and like we could be best friends (spoiler: we did become real-life friends!). We bonded right away over our shared love for dogs, being from small towns (her Alaska, me Idaho), and love of a good party. Sarah and Sada told me their priorities for the day were to have the best wedding photos of all time and have a weekend-long party that never stopped.

Sure enough, a year and a half later, the weather took a turn for the worse. I try not to pay too much attention to weather radars until 24 hours before a wedding, but 10 days out Sarah texted me and said there was snow in the forecast. I told her not to worry yet. My motto is always to prepare for the worst but hope for the best. In Sarah and Sada’s case, that meant renting a last-minute giant tent and hoping we might get a break in the weather. WELP, as fate would have it, McCall had its first snow of the year and a September fall day turned into snow flurries. When I showed up to Sarah’s Airbnb and gave her a hug, she, however, was completely calm and told me she didn’t care. She said she’d planned a McCall wedding and she was getting married outside in the woods whether or not it snowed or rained. After putting on her dress, the weather started to lighten up a little bit as we drove to my favorite patch of aspen trees in McCall.

The moment Sarah and Sada saw one another for the first time was one of my favorite moments of their entire day. These two aren’t huge on PDA and told me so early on in the wedding planning process, but as Sarah walked behind Sada waiting for her in an aspen forest covered in snow with bright orange leaves filtering through the snow, tears began to flow. They both held each other and cried big tears when they saw one another and I shed some tears as I hid behind some trees with my zoom lens. They decided to share some private vows alone before the ceremony because they wanted a personal moment on their wedding day to be just about them. Just as they started reading their personal vows, it started to rain again and for a second Sarah and Sada were both crying mumbling their vows to one another as raindrops fell around them. It was so beautiful and felt like we were in a rainy “snow” globe, HA! After their vows, we drove for a while to reach one of my favorite overlooks in McCall that overlooks Payette Lake. Usually, this spot is swarming with tourists, but because of the rain, we were all alone and Sarah and Sada embraced the wind and rain. We all laughed and got completely drenched- all before the ceremony had even started!

After their epic first look, we made our way back to the venue where the rain didn’t let up for a moment. Again, Sarah and Sada said they didn’t care if it was raining and held their ceremony outdoors anyways. Everyone crowded together bundled under blankets for warmth and there wasn’t a dry eye in the entire forest. I loved that all of their guests totally embraced the weather and brought umbrellas and raincoats with them to endure it. We all collectively forgot about the rain completely as Sarah and Sada got married under a canopy of trees. It was truly epic.

After their ceremony, the party got moved to under the tent. We ate some of the best wood-oven cooked pizza I’ve ever had at a wedding. Sarah and Sada were kind enough to seat me with their guests and I had the best time sharing beers and relaxing for an hour during dinner. It was so special to meet their loved ones and truly blend into the wedding day. Each of their parents and maid of honor/best man gave a speech and we all cried again during their toasts. After toasts, we moved to the dance party where the party continued until late in the night.

Thank you SO much for making your photos a priority and choosing to celebrate how you wanted – Sarah and Sada, you had a wedding day I’ll never forget!! 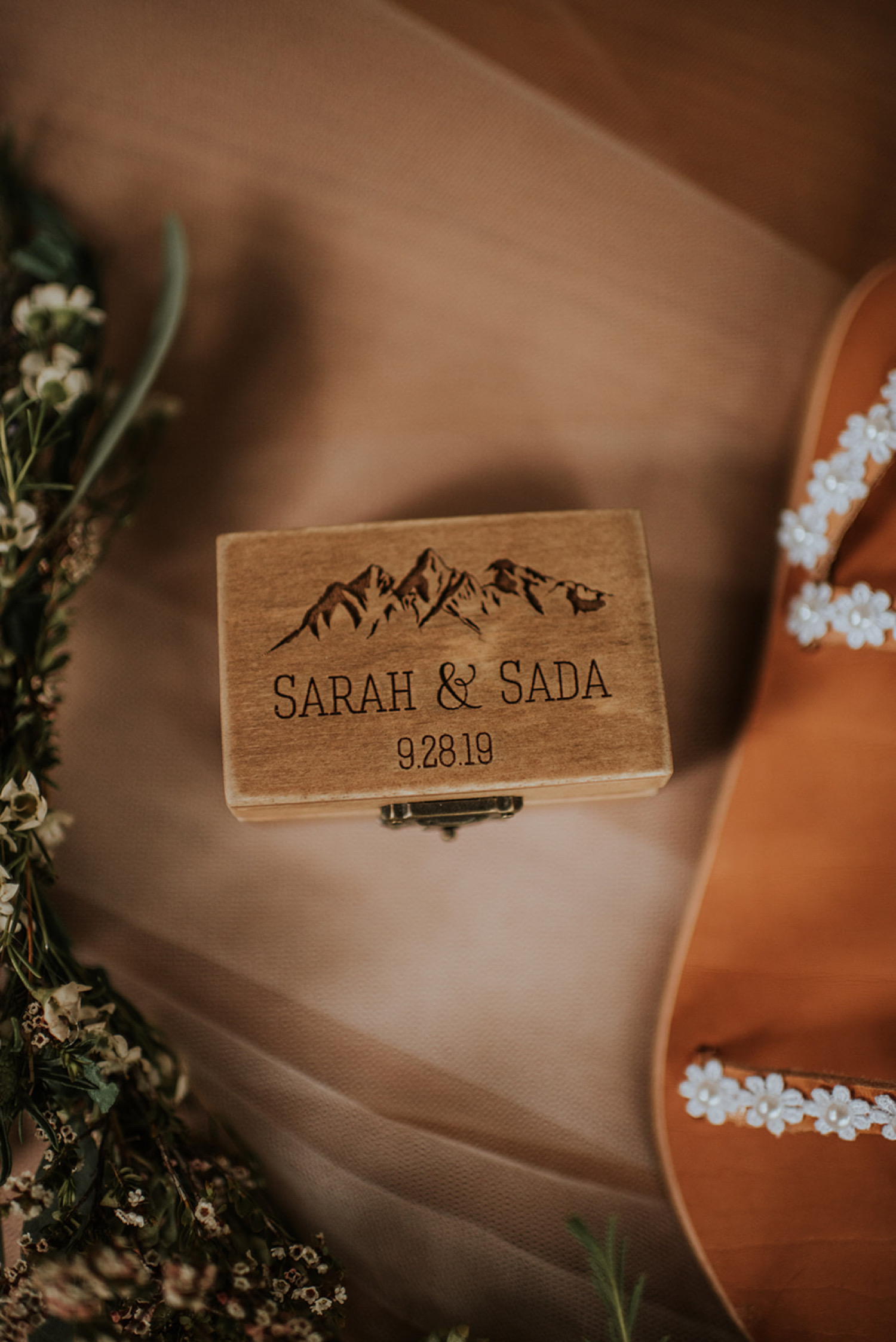 The biggest congrats to Sarah and Sada on their Pilgrim Cove Camp wedding. I’ll hold that day so dear to me forever!

For more boho wedding inspo, check out this boho farm wedding in Idaho! 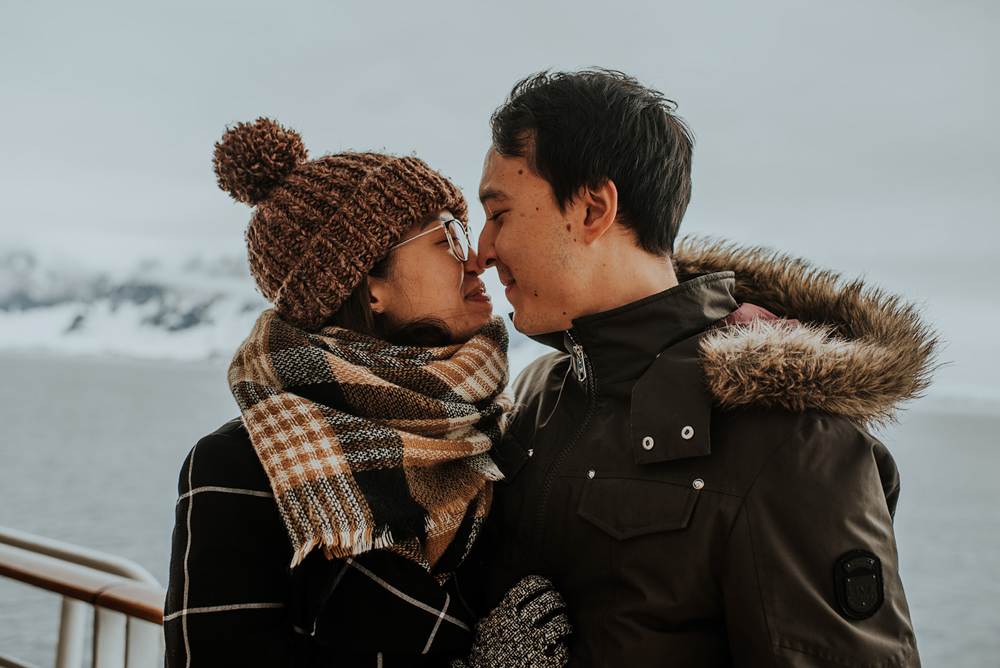