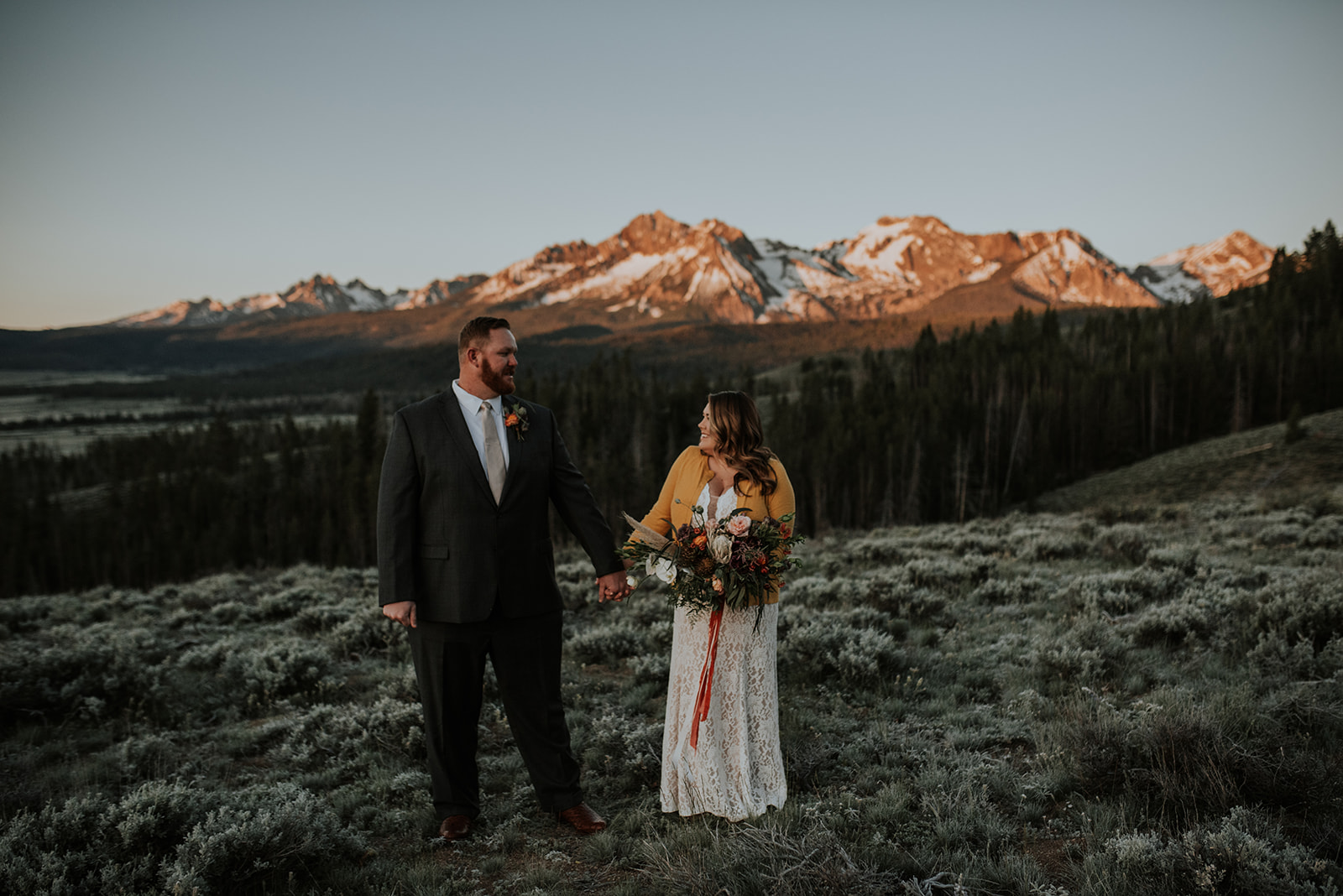 This super sweet couple hired Emily Aitken Events and me for an amazing fall sawtooth elopement. Kendahl & JR came all the way from Florida for their mountain elopement and wanted a boho vibrant color palette. These two met on Tinder and they fell for one another quickly over texts and Facetime calls. JR travels for work very frequently so his schedule meant the early days of their relationship were through technology! They fell in love and decided to elope. JR has spent time working and fishing in Idaho and together they decided to elope in the Sawtooths.

I love the Sawtooths at sunrise more than any other time of day. Kendahl and JR are both morning people and planned an early morning ceremony! In June, the sun rises at 5 am, so Kendahl and JR set their alarms for 3 am to start getting ready for the morning. Emily woke up even earlier and set up their elopement ceremony site in the dark so that when we arrived, everything would be ready for us by the time the sun rose!

My favorite moment of Kendahl and JR’s wedding day was probably the first few moments that they saw one another for the first time all dressed up that morning. We arrived at the ceremony location before the sun got up, so we anxiously awaited for the sun to hit the peaks. Once we saw the peaks start to turn orange, Kendahl and I walked up the little ridge where JR was waiting. Those moments of anticipation right before they saw one another were so perfect and romantic. As the Sawtooths were illuminated in golden hues of pink and orange, JR turned around and saw his bride. It was absolutely perfect!

After a sweet ceremony, Kendahl and JR cut their early morning wedding cake and we drank some gas station coffee as we fueled up for our next adventure. We drove to one of my favorite lakes in the Sawtooths and it was one of the stillest mornings I’ve ever experienced on Stanley Lake. The lake reflected the mountains perfectly! We took some photos by the lake and then when the sun started getting too harsh, moved into the forest.

The entire elopement morning was wrapped up before 10 am. Afterward, we all joked we were going straight to our hotel rooms to nap – which we definitely all did! It was the perfect and most special day. I love nothing more than an amazing Sawtooths elopement! 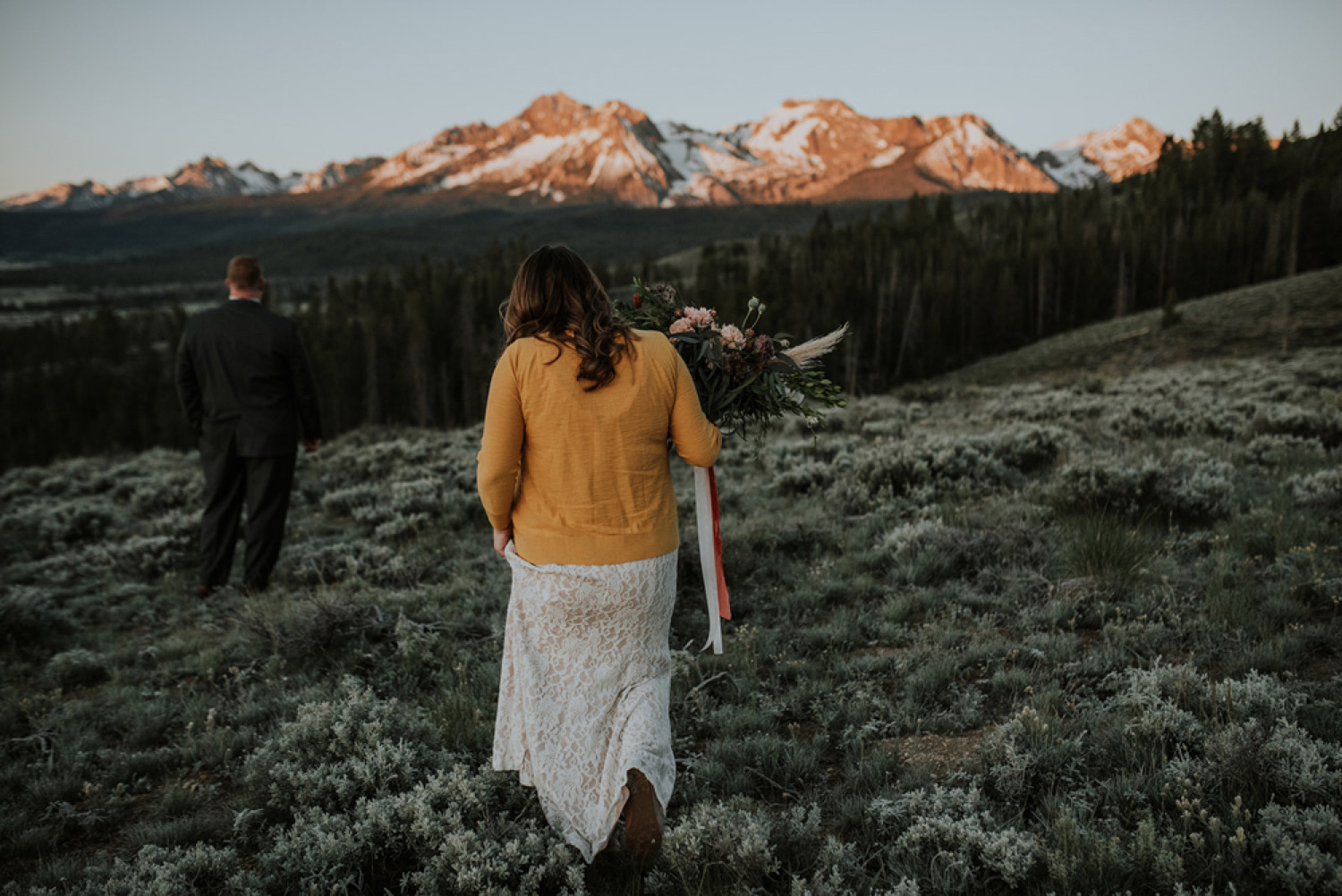 
Need help planning your Sawtooth elopement? Check out these 15 tips to make the process stress-free and fun! 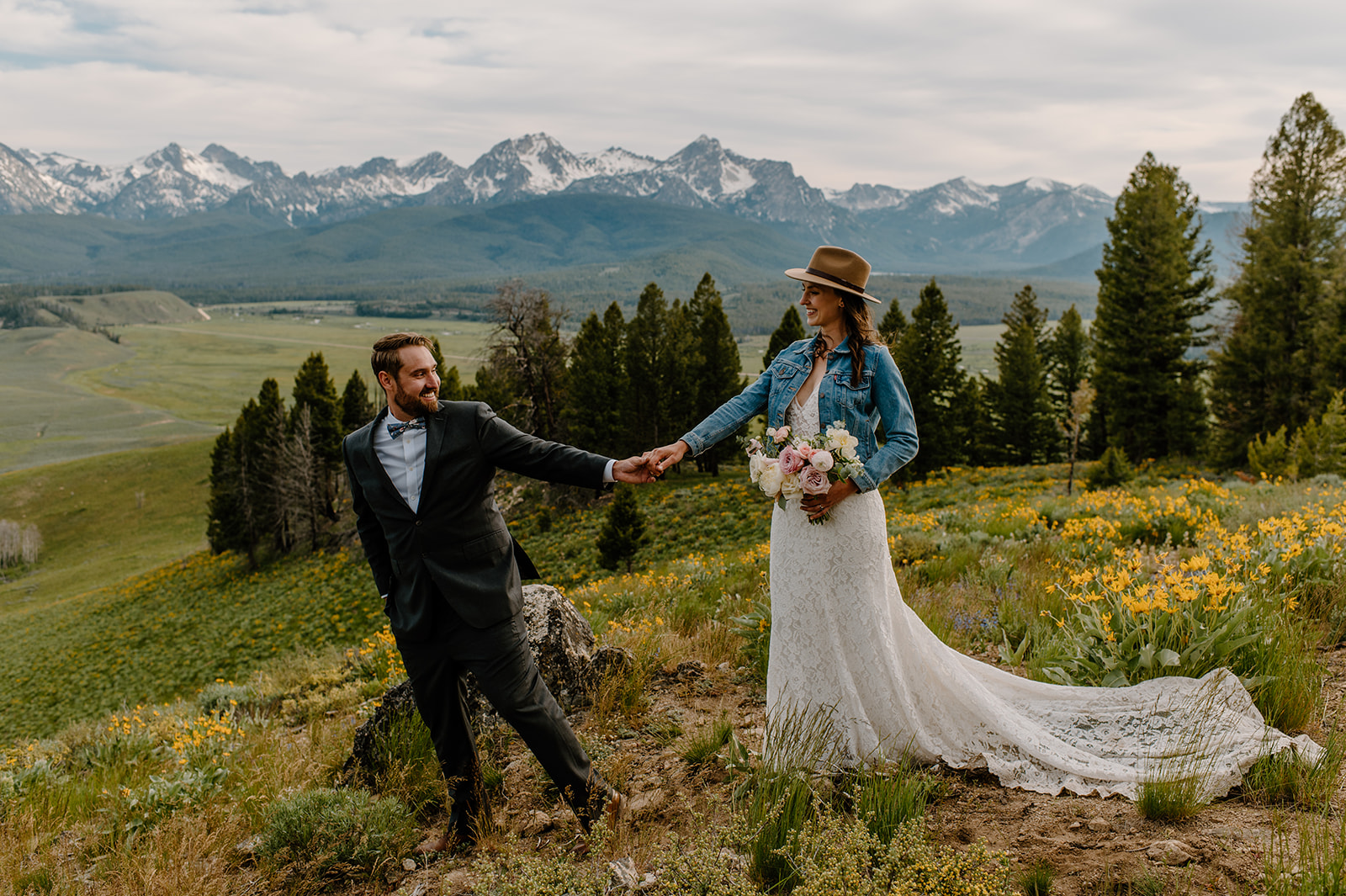 15 Tips for Planning Your Elopement in the Sawtooths 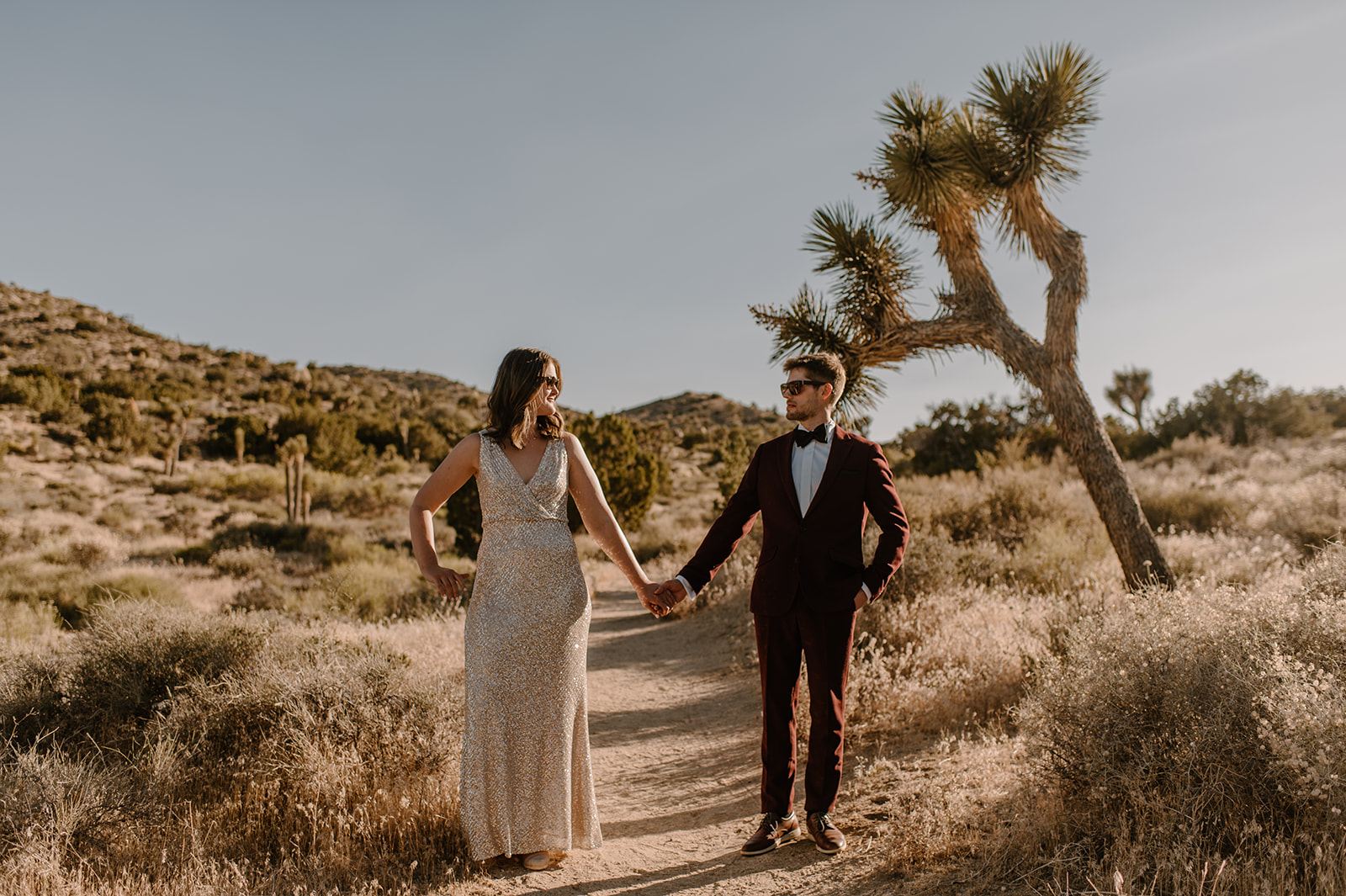